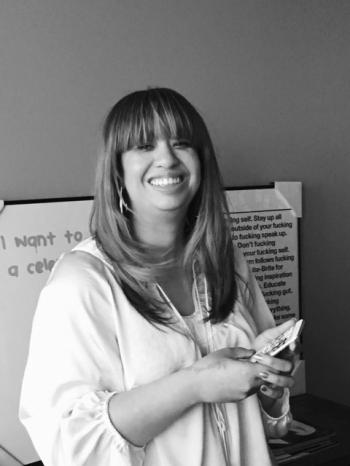 VP of Creative,
BMG Music Publishing
Los Angeles, CA, USA
Shani began her journey as an assistant at Warner Chappell Music Publishing and Warner Brothers Records where she signed writers such as Claude Kelly and Wynter Gordon, and worked closely with producers such as Justice League, Drumma Boy, Dream, Timbaland, etc.. Not long after working at Warner Bros, Shani moved to Atlantic Records, where she was appointed the Director of Creative. At Atlantic, Shani worked alongside artists such as Tony Braxton, Jaheim and Pleasure P.

Following her time at Atlantic, Shani moved to Island Def Jam Records, where she was the VP of A&R. At Def Jam, she worked closely with Jennifer Lopez, and worked on the development of Justin Bieber's first five albums. She additionally contributed to hip-hop legend Ghostface Killah’s album, and multiple Def Jam anniversary compilations. After developing a close relationship with LA Reid, Shani moved to Epic Records in 2011, where she was the VP of A&R, and took the responsibility of restructuring the label.

At Epic, Shani signed and developed Travis Scott with Grand Hustle Records. In addition to this, she helped break Karmin while working on their top 20 hit, "Brokenhearted”, and A&R’d the soundtrack for the 2012 hit film, Think Like A Man.