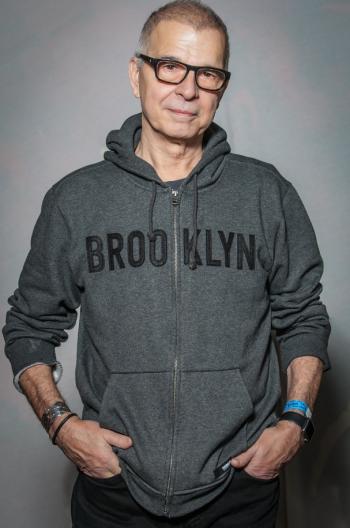 Producer, Arranger, Musician, Mixer,
Tony Visconti Productions
New York, NY, USA
Tony Visconti has been hailed as one of the most important producers in the history of Rock and Pop. "Get It On (Bang A Gong)" and “Cosmic Dancer” by T. Rex are true cornerstones of rock and roll. David Bowie's "Young Americans," "Heroes" and "The Man Who Sold The World" are masterpieces. The Moody Blues' "Your Wildest Dreams" and "I Know You're Out There Somewhere" are indelibly etched into our collective memory. And there are so many more.

As a bass player, Visconti teamed up with his former band mate, Woody Woodmansey, drummer in The Spiders from Mars, for a UK, Japanese and United States tour of the first live performances ever of Bowie’s album, The Man Who Sold the World. The cause for such celebration was the fact that the album was never performed live in its entirety.

2013 saw Bowie and Visconti’s production of Davie Bowie’s “Where Are We Now” (the surprise single that shocked the world), along with the album The Next Day charting at #1 in 21 different countries.

Producer, arranger, musician, mixer, exemplary collaborator-Visconti is all of these. He is also among the greatest and most genuine musical souls of our industry.