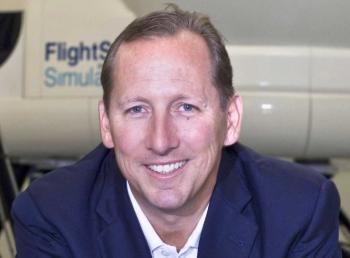 Mr. Textor is currently active in the development of entertainment properties across a broad spectrum of venues and technology platforms. In addition to his leadership in the extended uses of photo-realistic, digital humans, he is also currently a Producer of Art Story, an original animated feature film currently being developed by Disney veteran filmmaker Aaron Blaise. He was also Producer and Executive Producer of Ender’s Game, a science fiction fantasy film released in November 2013.

Mr. Textor was previously Chairman and CEO of Digital Domain, the predecessor to Digital Domain (HKSE: 547), having led its acquisition and restructuring from May 2006, through a NYSE valuation of $450 million in Spring 2012, until his resignation in August 2012. Together the companies were responsible for the visual effects of more than 80 large scale feature films,
25 of which were completed during Mr. Textor’s leadership, including such films
as Transformers, Flags of our Fathers, Tron:Legacy, Real Steel and Pirates of the Caribbean at
World’s End. During Mr. Textor’s leadership, Digital Domain experienced a doubling of its revenues in just three years, was re-established as a market leader in visual effects, winning multiple Academy Awards, CLIO advertising awards and, importantly, being recognized as the first visual effects company to deliver a believable digital human actor in The Curious Case of Benjamin Button. This achievement, known as the ‘Holy Grail of Animation’, earned the company a 2009 Academy Award for Achievement in Visual Effects.

Other highlights during Mr. Textor’s tenure at Digital Domain included the invention of the Holographic Virtual Performance Industry, with the break-through introduction of digital Tupac Shakur at Coachella, also the consummation of a joint venture for the digital resurrection of Elvis Presley, the creation of a first of its kind, dual-enrollment Bachelor’s program with Florida State University, completion of a $100 million joint venture agreement with the sovereign media authority of Abu Dhabi and the transformation of Digital Domain into a film production company with the co-production of Ender’s Game.

Mr. Textor is also the Founder of Wyndcrest Holdings, LLC, a Florida-based private holding company focused on technology-related opportunities in entertainment, telecommunications and the Internet, and has served as its (and its predecessor’s) President since 1997. Wyndcrest was best known for its role as an early lead investor in Art Technology Group (then Nasdaq “ARTG”), a principal pioneer of internet personalization technology, that achieved a liquid
$10.5 billion valuation as one of the most successful IPOs of 1999. He also served as the Chairman and CEO of BabyUniverse, Inc., a leading e-tailer of baby-related products, which Mr. Textor saved from insolvency with only a $300,000 investment in 2001, increasing revenues from $1 million to $40 million, and selling in October of 2007 for roughly $90 million. Mr. Textor was also a founding director and the largest shareholder of Virtual Bank, a Florida-based Internet banking startup that ultimately became a multi-billion dollar diversified financial services company. He was also a director of Multicast Media Technologies, Inc., a global provider of Internet-based broadcast media, which was sold successfully to KIT Digital of Czechoslovakia. He was previously Chairman of the Board and principal owner of Sims Snowboards, the world’s 2nd leading snowboard brand, with which Mr. Textor also invented the World Snowboarding Championship. Mr. Textor is a graduate of Wesleyan University in Middletown, CT.