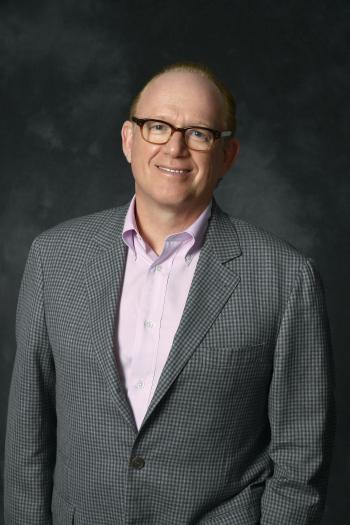 Chairman & CEO,
Capitol Music Group
Hollywood, CA, USA
Steve Barnett is the Chairman and CEO of Capitol Music Group (CMG), having been appointed to that position in November 2012 and charged with launching the revitalization of EMI Recorded Music after its acquisition by Universal Music Group (UMG) earlier that year. He is responsible for the overall direction and management of the company, which includes Capitol Records, Virgin Records, Blue Note Records, Harvest Records, Astralwerks, and Capitol Christian Music Group. Also under Barnett’s purview are the world-renowned Capitol Studios and Caroline: the company’s independent label services and distribution division. Capitol Music Group is based in Hollywood, California in the iconic Capitol Records Tower.

After only two years at the helm of the company, Barnett propelled CMG from the #5 label group in overall industry market share to the #2 position in 2014 – its highest ranking in decades. In addition, 2014’s two top breakout stars were Capitol artists: Sam Smith and 5 Seconds Of Summer.

At the 57th Annual Grammy Awards in 2015, CMG artists and recordings were awarded 12 Grammys, marking the first time in history that one label swept the big four categories with two artists: Album Of The Year (Beck’s Morning Phase), Record Of The Year and Song Of The Year (Sam Smith’s “Stay With Me”) and Best New Artist (Sam Smith). CMG had previously received an astounding 46 nominations leading up to ‘music’s biggest night.’

Prior to this appointment, Barnett was Co-Chairman and COO of Columbia Records, having been at that company since December 2005 with responsibility for the overall management of that legendary label. During Barnett’s tenure there, the company’s market share rose consistently, resulting in a 50% increase in current market share (27% overall) between 2009 and 2012, and attaining the #1 slot among all labels in 2011 and 2012.

Columbia’s accomplishments during Barnett’s tenure include achieving the label’s biggest first-week sales figure – more than 784,000 - with AC/DC’s Black Ice, which resulted from an innovative and exclusive deal with Wal-Mart (this was also AC/DC’s biggest debut sales week ever). This period also saw Bob Dylan score back to back #1 albums with Modern Times and Together Through Life, as well as Neil Diamond receiving his first #1 album in his storied career with the release of Home Before Dark. During this time, Barbara Streisand set the record as the only artist to achieve a #1 album in every decade from the 1960s through the 2000s, with her album, Love Is The Answer.

Barnett first joined Sony Music’s Epic Records in 1996 as Senior Vice President, International, rising to Senior Vice President Worldwide Marketing for the label in 1997, then serving as Executive Vice President/ General Manager for four years after that, and rising to label President in 2004. Prior to joining Epic, Barnett was President of Hard To Handle Management, where his clients included AC/DC. He began his career in 1970 as an agent in London. He was born in on February 19, 1952 in Wolverhampton, England.