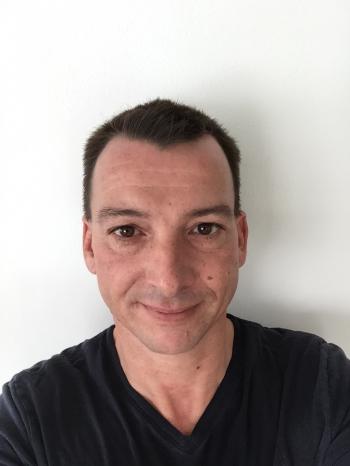 Global Head of Business Development,
Revelator
Israel
Ollie Buckwell is a digital music pioneer with more than 20 years of experience in the field. He currently serves as Global Head of Business Development at Revelator, a cloud-based provider of sales and marketing intelligence for independent music businesses. In this role, he has been instrumental in securing partnerships with Wix, CD Baby, Colu, Farolatino, ACUM, and more to be announced.

A graduate of Bristol University, Buckwell began his career in 1992, founding the independent U.K. soul, jazz, hip-hop, and electronic music label Dorado Records. After eight years, 40 albums, and 160 singles, Buckwell moved on to become European General Manager of CDuctive in 1999, remaining in that position at eMusic after the company’s acquisition of CDuctive.

In 2000, he joined the Universal Music Group as Head of New Media, where he was responsible for a number of major company innovations, including its first global webcast with Bon Jovi and first global listening party for Eminem. He left in 2003 for EMI Music, where he served as Director of Global Digital Marketing. There, he managed worldwide digital campaigns for releases from major acts such as The Rolling Stones, Coldplay, Moby, Kylie, Robbie Williams, The Chemical Brothers, and Gorillaz, among others before becoming Vice President of Digital Distribution and Development at the company’s Latin America division, building its ringtone division from the ground up and ultimately growing revenue by a total of $10 million.

Buckwell joined Tribal Brands in 2006, where he worked with Verizon Wireless as a Music Consultant. There, he facilitated licensing agreements and programming for VCAST Music with labels and publishers, ultimately generating more than $1 billion. In 2014, he left to join Revelator, which was founded by Bruno Guez, whom he has known for more than 20 years.

Buckwell has spoken at the 2015 Reeperbahn conference and been featured in major publications such as The New York Times, CNN, Financial Times, Billboard, Music Week, and more. In 2010, he was honored with Music Week’s Best Website Award as well as a Telly Award in 2010. He sits on the Board of Directors at PPL and is a member of the Association of Independent Music (AIM).
Buckwell currently resides in Miami Beach, FL.