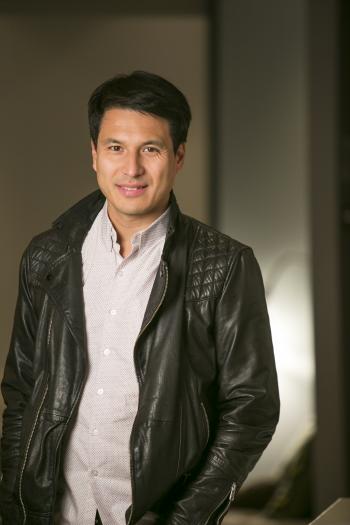 @jeffreyremedios
President and CEO of Universal Music Canada (UMC), the country’s leading music company with strong market positions in recorded music, music publishing, and merchandising. UMC boasts the largest and most diverse roster of domestic and international artists, including homegrown talents such as Drake, The Weeknd, Hedley, Shania Twain, Justin Bieber, and The Tragically Hip to established international superstars Eminem, Taylor Swift, Rihanna, Maroon 5, and Ariana Grande as well as era-defining artists The Beatles, The Rolling Stones, The Who, and The Beach Boys.

Jeffrey Remedios serves on the boards of CARAS (the Canadian Academy of Recording Arts
& Sciences), Music Canada, Maple Music, the City of Toronto Music Advisory Council, and was recently appointed to the board of trustees for the Art Gallery of Ontario. He is also on the board of Arts & Crafts, the award-winning, premiere independent music label he co-founded in 2003 and where he served as President until joining UMC in 2015. Formerly Chairman of FACTOR (the foundation assisting Canadian talent on recordings), Co-chair of OperaNation, and having served on the boards of CIMA (the Canadian Independent Music Association) and MACAC (the Minister’s Advisory Council for Arts & Culture), Remedios is a long-standing champion of trail-blazing artists, promoter of independent thinkers, and advocate of distinct voices in our rich culture. He is also founder of Field Trip, downtown Toronto’s heralded boutique community music and arts festival held annually at Historic Fort York.

A proud first-generation Canadian, Remedios graduated from Hamilton’s McMaster University in 1998 with an Honours Commerce Degree and a minor in Music. In 2013, the university presented him with the Alumni Gallery Award. Remedios began his post-school career in music as a volunteer intern at Virgin Music Canada (later EMI Music Canada), going on to hold various posts over the following seven years, including Media & Artist Relations, Digital Marketing, and Director of National Promotion.

In 2009, Rolling Stone magazine cited Jeffrey Remedios as a key insider shaping the future of the music business. He has received the Trailblazer award at the 2010 ReelWorld Film Festival, was given the inaugural Entrepreneur of the Year award in 2015 from the Canadian Independent Music Association, and was named as one of The 50 Most Influential by Toronto Life magazine later that same year.

Jeffrey Remedios lives in Toronto with his wife Lucia.