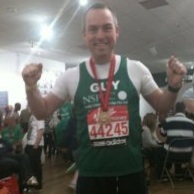 General Manager,
Genting Arena and Barclaycard Arena
Birmingham, U.K
Responsible for overseeing the operational delivery, the commercial performance and content development of the Genting Arena and Barclaycard Arena in Birmingham in the United Kingdom, Guy has 20 years of operational and commercial experience in venue management. The Genting Arena (formerly the LG Arena) is a 15,600 capacity multi entertainment venue on the site of the National Exhibition Centre, Birmingham. The Genting Arena is regularly in the top 10 venues in the world in the Pollstar attendance standings, attracting major concerts, sports and entertainment events such as Take That, Maroon 5, Fleetwood Mac, Neil Diamond, Paul Simon and Sting in 2015 and is home to Horse of the Year Show and Crufts. The Barclaycard Arena (formerly the National Indoor Arena) is a 15,900 capacity arena in the centre of Birmingham, and has hosted World Championships Sports events such as the World Indoor Athletics Championships, World Badminton Championships and the World BMX Championships. It also attracts major concerts, comedy and entertainment events. In 2015, the Barclaycard Arena hosted the likes of One Direction, Paul McCartney, Madonna, Bette Midler, Queen and Adam Lambert, Slipknot, Fall Out Boy, Lionel Richie and Disney on Ice.

Guy has successfully led the delivery of major events such as BBC Sports Personality of the Year, the Ryder Cup Gala Dinner and Horse of the Year Show. He was a key member of the Client Advisory Team for the £29million redevelopment of the Genting Arena and £26 million redevelopment of the Barclaycard Arena, from involvement in creating the initial architect brief through to the successful completion of both projects.

He was the Chairman of the National Arenas Association (the NAA) in the UK from 2013 - 2015, which is the industry association representing indoor venues in the UK over 5,000 capacity. He is now a member of the Steering Group for the association and before becoming Chair, led the NAA training and development programme for the previous 3 years and instigated the launch of the NAA Safety Advisory Group. He was a founder board member of the International Association of Venue Management Europe and lectured in Customer Service and Booking and Scheduling in the Arena business at the European Academy of Venue Management for 4 years.

Away from work, Guy enjoys spending time with his wife, daughter and son. He loves most sports, especially football, cricket and golf. He has been an Aston Villa season ticket holder for over 20 years, a regular supporter at Warwickshire County Cricket Club and England Test Match cricket fixtures. He also enjoys running, cycling, playing golf and outdoor pursuits.