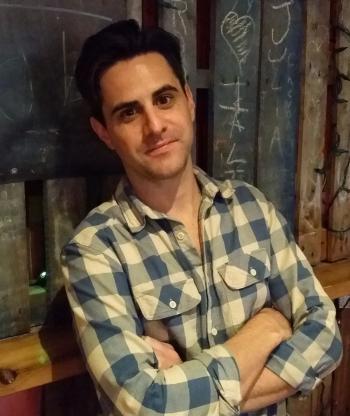 Music Supervisor,
The Eggplant Stereo
Toronto, ON, Canada
Rich Brisson is a Toronto based Music Supervisor and A&R Representative at The Eggplant Stereo, the music licensing division of Emmy Award winning audio post production house The Eggplant Collective. He has an extensive background in music licensing for advertising and has provided music for major ad campaigns for Bell, Ikea, Canadian Tire, Chevy, Mazda and McDonald’s. Rich has been an integral part of developing and curating The Eggplant Stereo’s roster of independent artists and composers, including one-stop artist and production libraries and a unique and intuitive music search engine.

At The Eggplant Stereo, we conceptualize, supervise and deliver exceptional music for film, television, video games and advertising.

Our a la carte services include a comprehensive and insightful team of expert music supervisors, world-class award winning composers, a diverse, intuitive and highly curated one-stop production library with stems, an outstanding one-stop indie artist catalogue, and well established label/publisher partnerships which allow us to easily clear almost anything we require.

Our composers have hundreds of credits and many awards, and include Trevor Morris (The Tudors, The Pillars of the Earth, The Borgias, Olympus Has Fallen), Sean Baillie (Hell’s Kitchen, Ultimate Fighter, American Chopper, Dirty Jobs), Steve D'Angelo (The Fifth Estate, The Bridge, Curious George, Rocket Monkeys) and Terry Tompkins (Thomas & Friends, Harry and His Bucket Full of Dinosaurs, The Land Before Time, Word Girl).

As one of the premiere commercial audio production companies in Canada, we work with the top brands and agencies including Leo Burnett, JWT, FCB, Blammo Worldwide, Cossette and MacLaren McCann.

We are always delighted to connect with supervisors, creatives, producers and executives to explore projects and process as well as any services we might be able to provide.