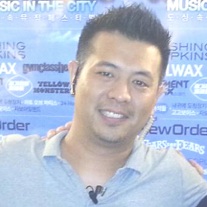 Festival/Event Organizer & Production,
Supermodified Agency Limited
Seoul, South Korea
As senior agent for Supermodifed, Asia’s leading music agency, I have been promoting clubs and artists since 1993 in the States from Boston, NYC, Miami, and Houston and now, all over Asia, specifically Seoul, Korea. I pioneered the first successful dance club (Club Circle) in Korea and expanded as an independent talent and concert promoter, producing and organizing festivals and events.

I am the exclusive sub agent for Asia for Knife Party, TJR, Wolfpack, Jetfire, Far East Movement, Ferry Corsten, New World Punks and many many others. The agency represents a large roster of artists including llesso, Avicci, Martin Garrix, Afrojack, Sasha, Nick Warren, Miss Nine, Sidney Samson, Will Sparks, Joel Fletcher and many many more.

I work with ID&T/SFX's Life In Color brand for all of Asia, as the representation and consultant. I also organize and consult for SuperSonic Music Festival for this year as well. We are currently planning a new festival for Sept in Seoul as well. I am still International consultant for Global Gathering directly for the Korean market and International Director for Gods Kitchen Korea; Club consultant internationally; rep for Club Space Ibiza party events for Asia.

As an event entertainment company, record label, booking agency, production company, marketing and much more, I am constantly looking for new projects to develop for my market.

I am a Korean-American. Born in the USA and living and working in South
Korea.