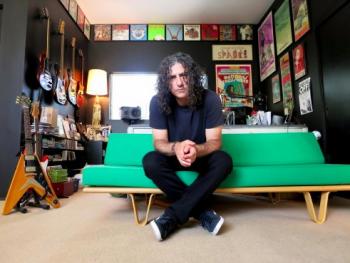 Sr. VP Creative,
BMG Chrysalis
Los Angeles, CA, USA
Jon Sidel notorious 80's club nightclub impresario and restauranteur began his journey in the music business in 1992 when on a tip from a friend ,signed Grandaddy to his indie label. From 1994-2007 Sidel worked as a VP of A&R at Outpost,(Geffen), Interscope, and V2 Records until starting his company Sidel Services. The focus of which is what Sidel terms "solutions for artists". Sidel consulted for record major labels and artist alike. Sidel has also branched out into artist management and host a weekly radio show on-line "I consider myself a "rock n roll jack of all trades"

In August of 2011 Sidel become Sr. VP of Creative at BMG Rights. Sidel's focus has been signing new talent overseeing much of rock of the rock and indie rock roster.


For more about Sidel http://www.facebook.com/idelicsounds