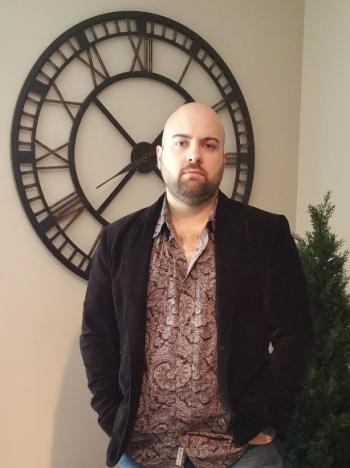 President,
Milk & Honey
Los Angeles, CA, USA
Lucas Keller is the founder and president of Los Angeles-based entertainment and brand management firm Milk & Honey, with over a decade of experience as an entertainment executive. The company was launched in mid-2014 and has offices in Los Angeles and New York. Milk & Honey manages artists, songwriters and producers, licenses music and designs entertainment strategy for brands. Keller’s company works closely with the major ad agencies, television networks, film studios, and music supervision houses to place music with visual media via dedicated full-time TV/film synch and advertising synch executives. Keller most recently spent 4 years as a manager in the music department at music, TV, film management giant The Collective, which represented Linkin Park, Kanye West, Enrique Iglesias, Slash, and many more. He also developed music integration strategies and built content for digital influencers. Prior to The Collective, he spent 4 years as a manager at Chicago-based management company Uppercut. Throughout his career he has represented some of the most successful songwriters and producers in the world, who have collectively sold over 500 million records. In the past 18 months, Keller has been instrumental in smash hits like Nick Jonas’ Jealous, Christina Perri’s A Thousand Years, Carrie Underwood’s See You Again and others. Keller accolades include many gold and platinum certification awards, BMI and ASCAP pop awards, Grammys, Junos, Golden Globes, Arias, Mercurys and other honors. Milk & Honey's current roster includes 20 songwriter/producers across all genres, such as David Hodges, Sir Nolan Lambroza, and Kevin Griffin. Keller has a proven history of re-branding legacy artists who are out of their traditional deals, and are well-positioned to partner with their managers to release music and content. Keller won a Grammy in 2013 for his revival of reggae legend Jimmy Cliff and the making of his 2012 comeback record "Rebirth" with Tim Armstrong. He is currently managing and making a new record with Scott Weiland of Stone Temple Pilots and Velvet Revolver fame. Milk & Honey represents a wide range of DJs from electronic godfathers BT and Junior Sanchez to one of Australia’s largest DJs, tyDi, as well as other EDM acts like Lenno, Project 46, Maor Levi and more. The company’s branded entertainment side works with companies ranging from Abercrombie & Fitch to Kaotica. Prior to Milk & Honey, Keller had been a partner in Los Angeles-based marketing company Sneakers and Bowties where they built a massive success story marketing SOL Republic headphones. Keller just launched Los Angeles and Nashville-based music publishing company Third & Verse in collaboration with Kobalt Music and long-time client David Hodges. Keller also comes with a tech background as well having developed and sold a successful software series in the early 2000s. As a concert promoter, manager, publisher, marketer, and tech entrepreneur — he has unparalleled diversity of professional experience and a uniquely comprehensive understanding of all sides of the entertainment industry.