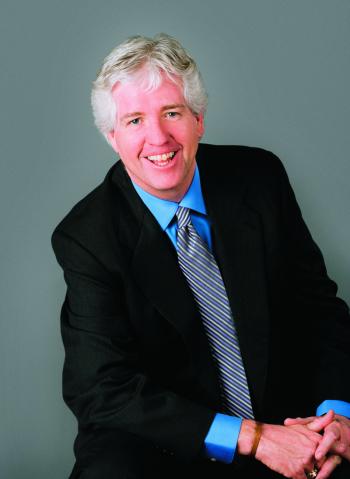 @psmyth_peter
Peter Smyth is the chairman and chief executive officer of Greater Media, Inc., one of the nation’s leading broadcasting companies.

In this role, Smyth oversees the operational efforts of 21 AM and FM radio stations in Boston, Charlotte, Detroit, Philadelphia and New Jersey; a group of weekly newspapers in central New Jersey; and several telecommunications towers throughout the United States.

Over the past two decades, Smyth has served in a variety of capacities within Greater Media, including General Manager of WMJX-FM in Boston, Vice President of the Radio Group, and Chief Operating Officer of Greater Media, Inc.

Smyth began his career in broadcasting in 1977 as an account executive with WROR-FM in Boston. He was quickly promoted to general sales manager, a position he held for the next five years. In 1983, RKO General, the parent company of WROR, recruited him to serve as general sales manager of its New York stations, where he directed the company’s sales operations until his departure in 1986 to work at Greater Media.

A visionary in his field, Smyth has helped to revolutionize the broadcasting industry by advocating for and adopting new technologies such as HD Radio and internet streaming, and by developing and incorporating innovative content to improve media communications and meet the emerging demands of the industry and its advertisers.

Smyth’s leadership has been highly regarded and recognized by industry leaders such as Radio Ink Magazine, a leading broadcast industry publication, which in 2011 and 2005 selected Smyth as “America’s Best Broadcaster.” In addition, over the past decade, he has been recognized as one of Radio Ink’s “40 Most Powerful People in Radio,” ranking among the top 10. In 2007, the publication named him “Radio Executive of the Year,” an award that honors top executives who exemplify the values that are vital to the growth and success of radio. He was named among the "Giants of Broadcasting" by the Library of American Broadcasting in 2014.

An active philanthropist, Smyth currently serves on the Board of Directors of New England Baptist Hospital and the One Hundred Club of Massachusetts, an organization dedicated to enhancing the welfare and safety of the families of public safety officers and firefighters. He is a past member of the Board of Trustees of Emerson College and the United Way of Massachusetts. Additionally, he is a member of the advisory board for US Trust, Bank of America Private Wealth Management.

Smyth has been recognized by numerous organizations throughout the Commonwealth for his commitment to the community. In May of 2007, he received the “Humanitarian of the Year” Award from the Hundred Club of Massachusetts and the Golden Mike Award from the Broadcasters Foundation of America for exemplary service in the Radio Industry.

A highly sought-after speaker, Smyth delivered the official commencement address for Boston College’s Carroll School of Management in 2012 and for Suffolk University in 2011.

He is a graduate from the College of the Holy Cross in Worcester, Massachusetts and was awarded an Honorary Doctor of Commerce degree from Suffolk University in Boston in 2011.