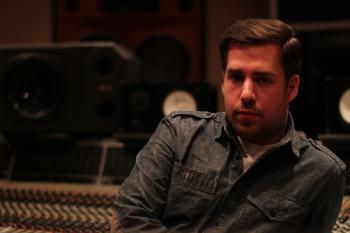 Lawyer,
Thomson Gabriele Ollunga LLP
New York, NY, USA
With a J.D. from Queen’s University Faculty of Law and an M.A. in Music Business from New York University, Kevin Thomson has been knee-deep in the music industry since he joined Bad Boy Entertainment in New York, working under Francesca Spero and Sean “Diddy” Combs in 2008. As an A&R at Bad Boy, Thomson played an integral role in managing the Bad Boy catalogue and advising the careers of multi-platinum producers and songwriters, Seven Aurelius, Mario Winans, Bink!, Younglord, Waajeed, and Amadeus, while working on a number of film and television projects, including MTV’s Making The Band, VH1’s I Wanna Work for Diddy, and the Fox Searchlight biopic, Notorious.

In 2012, Thomson moved on from Bad Boy to partner with respected film and music video directors Coodie & Chike and created an artist management arm of their agency, Creative Control, where they immediately signed several up and coming artists. Having continued to sign and develop more burgeoning talent, Thomson founded his management agency, CHNLD, which continues to represent a diverse roster of talent, including multi-platinum producer Bink!, K.A.N.T.A, Tree, Fantastic Modern, Hill & The Sky Heroes and Live Footage.

In 2013, Thomson founded Toronto based music and entertainment law firm, Thomson Gabriele LLP which expanded to New York City in 2015 into the full service practice of Thomson Gabriele Ollunga LLP, where he counsels and advises clients on all things music, ranging from the navigation of the complex and ever-changing international music business to the protection and exploitation of new brands and technology start-ups. Kevin is a member of the International Association of Entertainment Lawyers, has participated as a guest speaker at NYU and Queen’s University, and continues to be a special advisor for a number of media start-ups and entertainment companies.