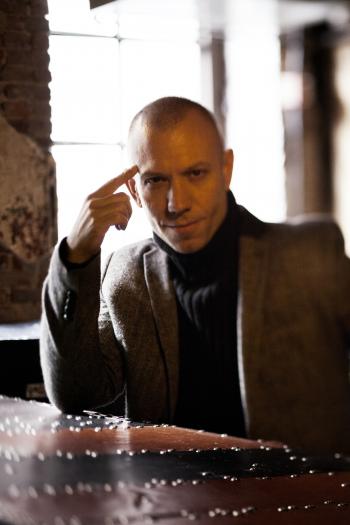 @TheBlakeMorgan
“Morgan has a voice that was made to be heard on the radio . . . inspired songwriting and passionate performances.”
—Billboard Magazine

“My grandfather drove snow plows in the harsh winters of Moorhead, Minnesota during the Great Depression. Two generations later, I’m a recording artist, a record producer, and the founder and owner of a successful, independent, global music company. That’s the American dream.”

Fighting to realize a dream is in Blake Morgan’s DNA. He seemingly had it all—a multi-album, major-label deal with a music legend in his native New York City. But uniquely, Morgan had the foresight to see he was being taken somewhere he didn’t want to go. “I got off the Titanic just before it hit the iceberg,” says Morgan. “It’s why I survived.” Morgan broke free from the standard corporate music model to build something better: the ideal, modern record label. A decade later he’s done it, and his recent album, Diamonds In The Dark, is the embodiment of that hard-won victory.

Soon after signing a seven-album deal with Phil Ramone’s N2K/Sony label resulting in the critically acclaimed Anger’s Candy, Morgan saw danger ahead. Successful tours and rave reviews earned him a loyal critical and commercial following. But in an era when music careers are written in sand, Morgan says he knew that if he wanted his to last he’d have to find another way. “I knew I had to get off that ship before the disaster hit, even if that meant swimming the ocean by myself until I found my way back home.” Although he was the label’s most successful artist, Morgan saw how precariously the label was positioned. He risked everything, and told Ramone he wanted out of his contract. Prophetically, and only six months after Morgan won his freedom, N2K folded.

Instead of looking for a new label like so many other artists would have, Morgan decided to do something different. “I went to all the artists and bands I was already producing and recording, and said I was starting a label myself. A label where the artists would run the asylum, and own their own recordings.”

His gamble would be a winning one. Born from humble beginnings in a one-room makeshift recording studio and office and launched on Morgan’s laptop computer, that label has since flourished with Morgan’s own idealism at its core to become the globally distributed family of artists and labels it is today—ECR Music Group.

Winning David-vs.-Goliath battles for artists’ rights continues to be central to Morgan’s musical ethos. “The idea for #IRespectMusic was born in an Op-ed I wrote for the Huffington Post,” says Blake Morgan. “Once the article went viral it was clear that idea—and those three words—were far more powerful than even I could have expected.”

The #IRespectMusic campaign follows his whistle-blowing victory over Internet radio giant Pandora, which led to the multi-billion dollar company abandoning its own signature Congressional legislation proposal which would have reduced artists’ pay by up to 85%.

Native New Yorker Blake Morgan is a recording artist, record producer, and the founder and owner of ECR Music Group, a global music company which operates under an elemental principle unprecedented in the music world: all of its artists and labels own one-hundred percent of their master recordings.
[conference-panels year="2020" type="overview" cat=2 testing=0 site=CMW]