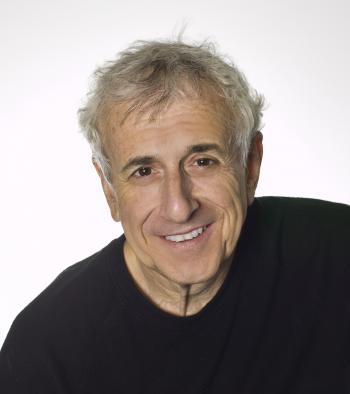 Mr. Harrison founded Talkers in 1990 and today manages its many divisions and services which include its website, its annual conventions, its regional conferences and its positive social initiatives.

Among the causes Talkers has championed under his direction have been combating domestic violence, raising awareness of international issues ignored by the American media, and promoting community service as a cornerstone of radio’s agenda.

In late 2012, Mr. Harrison assumed the duties of publisher of the major broadcasting trade journal, RadioInfo, which serves a wide spectrum of popular music formats. Among the initiatives being promoted in the revamped publication are a call for music stations to “reclaim ownership” of the music culture by restoring and nurturing the DJ to prominence as well as the development of music charts that are “specifically targeted to the interests and needs of radio listeners and presentations.”

Mr. Harrison is recognized as one of America’s leading authorities on radio and public opinion as it is expressed in the media and is regularly quoted in the press and on national television. Known for his political even-handedness and non-partisanship, Michael Harrison is one of popular media’s most influential advocates of the First Amendment and its principle of free speech.

He is also recognized as an expert on popular culture as expressed in music and entertainment, making him a rare commentator with an unusually wide range of information and topics at his command.

Within the radio industry, Mr. Harrison has a track record of being an innovator and visionary on a number of key fronts dating back some 46 years. During this time, he has written about, defined, predicted or engaged in hands-on programming of major movements in radio’s colorful evolution from coining new format terms to the development of music and talk-topic chart methodology. Among his many verbal inventions is the term “AOR” (Album Oriented Rock) which he coined in the early 1970s to describe the more commercially-accessible brand of “progressive rock” or “underground rock” radio that remained a dominant format for more than 40 years.

A graduate of Hofstra University where he currently sits on its Department of Communications Advisory Board, Michael Harrison’s background in in radio broadcasting and trade journalism is extensive. In a career dating back to 1967, he has served as an on-air program director of such heritage stations as WLIR-FM, Long Island; KPRI-FM, San Diego; KMET-FM, Los Angeles and WZLX-FM, Boston. He was an owner/operator of WSPR in Springfield, Massachusetts.

He has performed as an air personality in a wide variety of formats at such major stations as WNEW-FM, New York; WCBS-FM, New York; WPIX-FM; WTIC-AM, Hartford and many others.

Over the decades, he has hosted and produced national programs syndicated by companies such as ABC Radio Networks, Westwood One, CBS Radio, MJI Broadcasting, RKO Radio and more. These include “The Great American Radio Show” (Westwood One), “Album Greats: A History of Album Rock” (TM productions), “The Royalty of Rock” (RKO), “Rock Connections” (CBS), “Backstage at the Grammys” (MJI/NARAS) and “The Official History of Rock n’ Roll” (ABC) among many others.

He is also an influential pioneer in the radio trade publishing field having served as the first managing editor of Radio & Records during its formative years and radio columnist/record chart consultant for Billboard in the early 1980s.

On being named a keynote speaker at this year’s CMW conference Michael Harrison states, “It is an honor to be involved with such a prestigious organization and be a part Canada’s great tradition of music and broadcasting.”