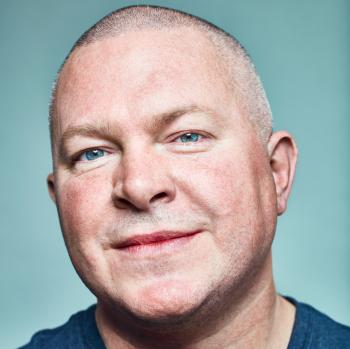 Co-Founder and Managing Director,
Interleave
Toronto, ON, Canada
Christian Hurst is a music, media and entertainment professional based in Toronto, Canada. He is driven
by connection, collaboration and affection for chaos, and has been working across creative, business and
technical roles for more than 20 years.
Christian studied jazz performance, composition and arranging at Humber College from 1993-1995,
focusing on voice, saxophone and guitar, and was awarded the Sennheiser Award for Academic
Excellence in audio engineering, production and music business at Trebas Institute in 1998, which
included a full scholarship to study at the Liverpool Institute for Performing Arts.
His creative, business and technical brains have become more integrated and collaborative over the
years, and he has contributed to many music related initiatives in a broad range of roles, including
producer, engineer, mixer, songwriter, composer, sound designer, lyricist, session player, performer,
arranger, manager, publisher, label, stage manager, artist liaison and educator as well as music,
marketing, business development and project consultant.
Christian began working as a music supervisor in 2012, and from 2014 through 2016, he was Director of
Music Supervision and Licensing at Eggplant Collective, one of Canada’s premiere music and audio post
facilities. While there he also focused on A&R and technology development, and was involved in
developing film and television projects, including co-production deals in the US, UK and Australia.
In April of 2018, Christian co-founded Interleave, a super-collaborative team of award winning music and
audio professionals with extensive experience in both interactive and linear media across all genres and
formats, and with a primary focus on interactive, immersive and multi-platform.
Collectively, Interleave has provided music, audio and voice direction, composition, sound design and
implementation for more than 50 AAA games, dozens of mobile titles and immersive projects, and
composition, sound design and music supervision for hundreds of tv shows, feature films, ads and
trailers.
Credits include Disney, Marvel, Microsoft, EA, Capcom and 2K Sports titles such as Lord of the Rings,
Spider Man, FIFA, Ratchet & Clank, Lego, Transformers, Hot Wheels, Teenage Mutant Ninja Turtles, hit
television series including Homeland, Taken, Rogue, Ray Donovan and Stargate, and ads for brands like
Universal, Adidas, BMW, Samsung, Audi, McDonald's and Mercedes-Benz.
The Interleave team is based in Toronto, Vancouver and Montreal with people in Los Angeles, London
and beyond, and works with an array of award winning composers, music, audio and voice directors,
editors, music supervisors, sound designers, audio leads, implementation experts and more.
Christian is also co-founder of rights management startup Rights.Kit, advisor to a number of music,
media and tech companies, and partner and producer on innovative music and culture projects like
CanadaSound. He develops, produces, music supervises and consults on a broad range of music,
media, technology, education and cultural projects.