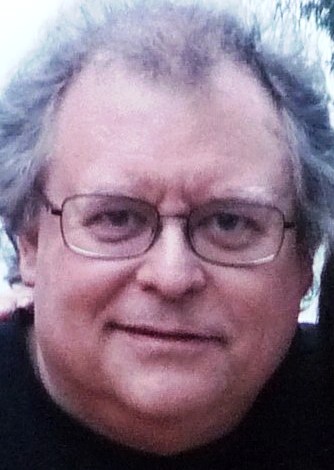 @MartyMel
Martin Melhuish has international multimedia experience in the fields of music, entertainment and popular culture as a TV producer/director/writer, radio producer/writer, author, journalist, magazine editor and musicologist. Over the years, he has interviewed hundreds of top artists and executives in the music and entertainment world for TV, radio and print. He has also worked as a lyricist, musician, concert promoter, publicist, booking agent and artist manager.

With Nashville/Toronto-based TV production companies, THEntertainment Inc./Corridor Group Productions, a relationship that goes back to the late ‘80s, Melhuish has written, directed and produced music documentaries for broadcast networks around the world including CBC, PBS, BBC, A&E/Biography, VH1, CMT Canada, Bravo, Trio, The Learning Channel, MuchMusic, Global and Cinemax, among others. Authorized TV biopics have included profiles on artists like Jerry Lee Lewis, a production for which he was nominated in the category of “Best Writing In a Documentary” at the Gemini Awards in Canada; Blondie; Weird Al Yankovic; Patsy Cline; Shania Twain; David Clayton-Thomas (CBC Life & Times); Johnny Cash; Paul Anka; Chet Atkins; Roy Orbison; Engelbert Humperdinck; The Band; Waylon Jennings; Loretta Lynn; George Jones and The Mamas and the Papas, among others.

TV specials have included Hard Rock Treasures, a behind-the-scenes look at the Hard Rock Cafe, Hotel & Casino’s rock ‘n’ roll memorabilia collection featuring some of the biggest names in rock music; Mavericks of Country: Honky Tonk Angels; Mavericks of Country: Honky Tonk Heroes; The Scream! Heard ‘Round the World: Teen Idols and Their Fans; Tower of Song: An Epic Story of Canada and Its Music, produced in association with the CBC and narrated by the late Peter Gzowski; Celtic Tides: A Musical Odyssey, a multimedia production for CBC in Canada and Bravo U.S., which also included a CD and DVD released by Putumayo Records and a companion book, and Wired For Sound: A Guitar Odyssey, a celebration of Gibson guitars, produced on the occasion of the company’s 100th anniversary and featuring some of the world’s top guitar players. The show, which also had a companion book, had its premiere at the Nashville Arena (now the Bridgestone Arena) during the NAMM Convention. Bryant Gumbel hosted the TLC broadcast of the show.

TV series’ include the eight-part Four Strong Winds: A Celebration of Canadian Singer/Songwriters, produced in association with Corus Entertainment/CMT, celebrating the enormous impact that Canada’s singer/songwriters have had on the world of popular music and Impact: Songs That Changed the World, a 12-episode series produced in association with Corus Entertainment/CMT that put the spotlight on songs that have made a significant impact around the world including “Maybellene” (Chuck Berry), “Heartbreak Hotel” (Elvis Presley), “I Want To Hold Your Hand” (The Beatles), “Respect” (Aretha Franklin), “Stayin’ Alive” (The Bee Gees), “Like A Virgin” (Madonna), “Do They Know It’s Christmas?” (Band Aid), “I Shot the Sheriff” (Bob Marley), “Walk This Way” (Run D.M.C.), “Smells Like Teen Spirit” (Nirvana) and “I Wanna Be Sedated” (The Ramones).

Melhuish’s work in television had begun in Montréal in 1976, with late director and friend Laurent Larouche, as writer on the CTV special Carnaval, shot at the Québec Winter Carnival in Québec City. In the early ‘80s, he was at various times, writer, co-director, interviewer on a series of TV specials hosted by Doug Pringle and shot in North America and the U.K. with artists that included The Who, The Moody Blues, Iron Maiden, Kate Bush, Asia, Electric Light Orchestra, Heart, Iron Maiden, The Police, Supertramp, Van Halen, Journey, The Cars and Ozzy Osbourne, among others. The series, variously known as Profiles in Rock, Backstage Pass and Freeze Frame, aired on MTV (U.S.), CBC (Canada) and ITV (U.K.), among other networks.

Born in Penzance, England, Melhuish moved to Canada as a youngster, settling in Toronto. In his early teens, he was a page at the Parliament Buildings in Ontario before entering the world of music. Inspired initially by The Beatles and the British Invasion bands and then by guitarist Michael Bloomfield (Paul Butterfield Blues Band), he became a guitarist and vocalist in a number of Toronto-area groups playing dance halls and clubs like the Place Pigalle and Chez Monique in Yorkville Village. He would subsequently open his own management company/booking agency before getting his first taste of radio as reporter for Toronto radio stations CKEY and CKFH and other media outlets at the historic three-day Strawberry Fields Festival at Mosport Park, Ontario.

Over the years, radio would hold a special fascination for Melhuish who early on would act as a regular correspondent for CBC Radio shows like 90 Minutes With A Bullet and Great Canadian Gold Rush and reporter-at-large for radio stations CHUM-FM, Toronto and CHOM-FM, Montréal, contributing on-air reports from around North America (i.e. George Harrison in San Francisco; Rush and Heart in St. Louis; K.C. and the Sunshine Band in Orlando; Bachman-Turner Overdrive on tour.) In recent years at the CBC, in 2005, Melhuish was guest panelist with Canadian rocker Randy Bachman and broadcaster Laurie Brown on the radio show, 50 Tracks, hosted by Jian Ghomeshi. In 2011, he was one of a trio of on-air contributors for three of the seven one-hour episodes of Raised On Radio: The CBC Hits 75, a celebration of 75 years of Canadian music and CBC broadcasting for which CBC Radio 2 pre-empted regular programming on November 2 for a decade-by-decade countdown of Canada’s most essential songs. He was also researcher for the series.

Behind the scenes, Martin’s radio credits include writer on the syndicated, seven-hour radio history of Canadian contemporary music titled Oh What A Feeling: A Vital Documentary of Canadian Music, commissioned by radio station CHUM-FM, Toronto and winner of a Golden Ribbon/Ruban d’Or award from the Canadian Association of Broadcasters; Producer/Writer for the weekly, nationally-syndicated Hot 30 Countdown show hosted by Tom Rivers; Producer/Syndicator/Co-Host for a series of live radio reports and updates from backstage at the three-day US Festival ’83 in San Bernardino, California to a network of radio stations for the Satellite International Special Events Network (SATIN-FM); Co-Producer/Writer/Syndicator of the six-hour, nationally-syndicated radio special Labatt’s Heart of Gold: The History of Canadian Popular Music, mounted by Insight Productions as a companion to the company’s three-hour CBC-TV special of the same name; Co-Producer/Writer/On-Air Personality for the four-hour weekly rock radio show, The Pringle Program, hosted by Doug Pringle and syndicated to over 50 stations across Canada as part of production agreements with Toronto-based St. Clair Productions, a division of Standard Broadcasting, and, later, J. Walter Thompson in Montréal and Co-Producer/Writer of a number of syndicated radio specials with artists like April Wine, Blood, Sweat & Tears (David Clayton-Thomas), Heart and Supertramp for Mediacollage Ltd., in Montréal.

An acknowledged authority on the history of Canadian music, Melhuish was a pioneer in the development of a music press in Canada having co-founded, edited and co-written more than a half dozen newspapers and magazines on the subject since the early ‘70s including Beetle, Pop Magazine, Grapevine, Rainbow, Record Week and Record Month. He was also the Canadian editor/correspondent for a number of American music publications including Performance, Amusement Business, Modern Hi-Fi and Stereo Guide, for which he developed an insert publication known as The Music Paper, and Billboard magazine, for which he contributed a weekly wrap-up from across the country as well as annual 64-page spotlights on Canada along with special inserts that included extended profiles on Gordon Lightfoot and the Québec music industry. He was panelist and Canadian organizer at the first annual Billboard International Talent Forum in Los Angeles in 1975, the year he was named one of the “Top 50 Powers Behind Canadian Pop Music” by Canadian Magazine. He is also a past Managing Editor of the Canadian music trade publication, The Record, and co-founder/editor of Contact: Canada's Entertainment and Music Industry Directory.

Melhuish is the author of more than a dozen books on music-related subjects including the authorized biographies of the groups Bachman-Turner Overdrive (Rock Is My Life, This Is My Song) and Supertramp (The Supertramp Book), three editions of the MuchMusic Rock Handbook; Century of Sound: 100 Years of Recorded Sound (co-author); Heart of Gold: 30 Years of Canadian Pop Music; Oh What A Feeling: A Vital History of Canadian Music; Celtic Tides: Traditional Music In A New Age and Wired For Sound: A Guitar Odyssey (co-author). He was a contributor to the Encyclopedia of Popular Music of the World and to Canadian Communications: Issues in Contemporary Media and Culture. He is currently completing the book Music: The Biography as well as The Songcatchers: A Celebration of the Canadian West Coast Music Scene with co-author Bill Henderson of the noted Vancouver-based band, Chilliwack. The summer of 2013 will see the release of a completely revised edition of Oh What A Feeling: A Vital History of Canadian Music, which had originally been published in 1996 as part of the 25th anniversary celebrations of the JUNO Awards.

Taking a walk on the wild side, Melhuish was co-promoter of Edmonton Rock Cirkus I, featuring Peter Frampton, Heart, Trooper, Streetheart, Chuck Berry, Eddie Money and the Dixon House Band, in the summer of 1979, the first concert ever to be held at the Commonwealth Stadium in Edmonton, Alberta. Edmonton Rock Cirkus II the following summer featured Foreigner, Prism, The Ian Hunter Band with Mick Ronson, Warren Zevon and Toronto.

While continuing as an author and TV writer/director/producer, with three new music-oriented projects in pre-production, he also works in communications in the Canadian music publishing industry with the Canadian Music Publishers Association (CMPA) and ole, the international, independent music publisher.