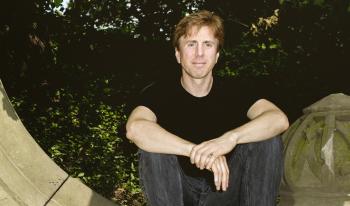 CEO & Founder, Audiam & Founder, TuneCore,
Audiam
USA
In June, 2013, Jeff launched Audiam. Audiam gets artists, labels and music publishers paid for the use of their music on YouTube.

On January 26th, 2006, Jeff Price launched TuneCore. As CEO, over the next six years, he raised over $9MM in venture and strategic capital and built TuneCore into the world’s largest music distribution and publishing administration entity. Its’ customer base sold over 1 billion units of music generating over $600,000,000 in Gross music sales.

In 1990 Jeff co-founded and was GM / President of the New York based independent record label spinART records (Pixies, Echo & The Bunnymen, Apples In Stereo, Richard Thompson etc) for seventeen years – his label was in strategic relationships with Sony, Warner Bros., Sire, Polygram Music Publishing and others.

Jeff contributed to the founding charter and organization of The American Association of Independent Music (AAIM) – a non-profit non-governmental trade organization representing the interests of its independent label members.

From 1997 – 2001 Jeff Price worked with EMusic serving first as a consultant, next as interim VP of Content Acquisition and finally as the Senior Director of Music/Business Development. He contributed towards the creation of EMusic’s initial business model, played an active internal team role in EMusic’s successfully completed $30MM private placement in March 1999 and $90MM second round financing in September 1999 and created and implement the first subscription-based music sales and distribution structure.