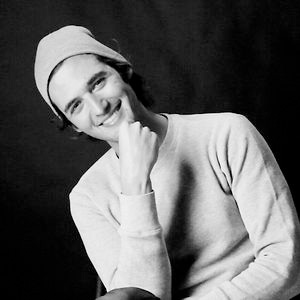 @JasonSilva
“A Timothy Leary of the Viral Video Age” was how The Atlantic described television personality, media artist, filmmaker and techno-philosopher Jason Silva, who has also been described as “part Timothy Leary, part Ray Kurzweil, and part Neo from ‘The Matrix.’…

The TED Conference called Jason a “Performance Philosopher”, others have called Silva ‘The new Carl Sagan’ for his poetic, impassioned and inspirational take on scientific and technological advancements, his riveting on-stage delivery style, and his hyper-enthusiastic insights on creativity, innovation, technology, philosophy and the human condition.

His non-commercial series of short videos, aptly named ‘shots of philosophical espresso’, explore the co-evolution of humans and technology and have gone viral with over 1.2 million views and “play like movie trailers for ideas,” according to The Atlantic.

From 2005 to 2011, Venezuela-born Silva was a presenter on Current TV, the Emmy-winning, independent cable network started by former U.S. Vice President Al Gore, where he hosted, wrote and produced more than 100 hours of original content. He left the network to become, according to The Atlantic, “a part-time filmmaker and full-time walking, talking TEDTalk.”

At TEDGlobal this past June 2012, Jason premiered “Radical Openness,” a new short video, and did a main-stage QA afterwards.

Many have called Silva an “Idea DJ” and a poet, describing him as “a re-vitalizer and remixer of optimism, and above all, a curator: of ideas, of inspiration, and of awe… like a trumpet player or modern-day digital Mingus, he jams, riffs and rhapsodizes through a tumbling thicket of ideas with such a sharp and vital alacrity that it can take the breath away.”

An active and prolific speaker, Silva has spoken at TEDGlobal, Google (three times), and keynoted events for Microsoft and IBM. He has also created videos for GE, Samsung, Adobe and Autodesk. He was a featured speaker at The Economist Ideas Festival, The Festival of Dangerous Ideas, the DLD Conference in Munich, The Singularity Summit, the PSFK Conference, Mexico’s Ciudad De Las Ideas and Seattle’s Interactive Conference.

Jason has presented his work and led discussions at NYC advertising agencies like Berlin/Cameron United, AKQA, and Saatchi and Saatchi’s 7×7 event, as well as The Works Agency in Sydney.

Silva has been featured in CBS News, The Atlantic, The Economist, Vanity Fair, Forbes, Wired, TED.com, IO9, Huffington Post, BigThink, and BrainPickings, just to name a few. Silva was also featured as part of the Gap “Icons” campaign.

Silva resides in New York City and is currently in production hosting the new series BRAIN GAMES for the National Geographic Channel.

Innovation: Jason has presented his work twice at The Economist Ideas fest, including giving a presentation on “innovation and inspiration” at their Berkeley event. Jason elucidates the relationship between ‘out of the box thinking’ and innovation– and highlights the role of “inspiration” in de-conditioning our thinking” in order to arrive at these innovative, insightful moments. He has spoken at numerous advertising agencies on this topic as well, including at Berlin/Cameron United and Saatchi and Saatchi’s 7×7 event.

Creativity: People say ‘creativity is just putting things together”… and this is exactly what Jason addresses when explaining creativity— His talks focus on “expanding our associative net” and teaching ourselves to look for patterns across seemingly disparate areas.. He talks about the importance of removing ourselves from habituated mental patterns and pulling ourselves drastically out of context in order to “gawk in amazement at the ubiquitous everyday wonder’s we’re culturally conditioned to ignore” and have creative insights.

Technology: The rapid, exponential growth rate of technological development is transforming our world, disrupting established industries and leading us towards a radical transformation in many key areas. There are 3 overlapping revolutions occurring in biotechnology, nanotechnology and artificial intelligence, all of which game-changers. Jason’s unique approach towards placing these transformations in context and “looking at the big picture” has made him a sought after speaker who brings an enthralling vision of what’s next.

Awe / Wonder: People are always looking for inspiration and AWE, but only recently did a study from Stanford confirm that TRANSCENDENT AWE has numerous health benefits. But how do we put ourselves into these states of Wonder and Awe? Jason’s highly viral series of short films have literally ignited a conversation about the role of content and media in creating “awe-inspiring” experiences. His video and talk look at AWE as a pivotal ingredient in making ideas resonate and disseminate. As a self-professed “epiphany addict and wonderjunkie”, Jason has been compared to Carl Sagan for his unique ability to convey a sense of awe with this talks and work.