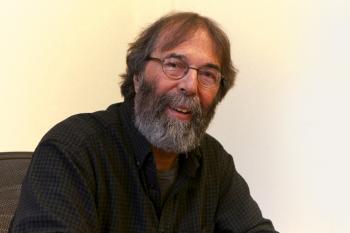 A native of Toronto, Ontario, Cohl launched his career as a local concert promoter in 1969, quickly becoming the driving force on the Canadian music scene with the founding of Concert Productions International (CPI) in 1973. Through the years, Cohl has developed long-lasting relationships, with over 150 of the world’s most recognized artists including The Rolling Stones, U2, Pink Floyd, Barbra Streisand, Michael Jackson, Prince, The Who, Genesis, Pete Seeger, Crosby Stills Nash and Young.

Cohl is credited with developing the concept of package touring in 1989 with The Rolling Stones’ Steel Wheels tour, launching the beginning of a successful 20 plus year relationship with the band spanning five world tours on six continents. This concept ensures an exciting touring experience – for both artists and fans – by working directly with acts to develop and promote the lucrative aftermarket – books, television specials, videos, films and merchandise.

He is also known for re-defining the concert experience by giving fans around the world a once-in-a-lifetime opportunity. The 2005 Rolling Stones “A Bigger Bang World Tour” went on to become the highest grossing tour of its time, with an audience of 6.7 million ticketed customers. Under Cohl’s leadership, the Rolling Stones earned Billboard’s Top Touring Act of the 2000’s, making them the most successful live band of the decade, with 264 concerts grossing over $869 million. In 2007, Cohl was commissioned by the Mayor of Rio and Tourism Brazil to orchestrate a free Rolling Stones concert on Copacabana beach that drew 1.5 million people and was broadcast worldwide, helping to solidify Rio as a tourist destination. Cohl also produced Barbra Streisand’s historic 2006 concert tour which set house gross records in 14 of the 16 arenas in which she performed.

Live shows and numerous films add to Cohl’s legacy of achievement. His Broadway credits have included La Cage Aux Folles, Bombay Dreams, and Spamalot, as well as several theatrical events in Toronto including The Lion King, Hairspray and The Producers. His film credits include the first ever music IMAX movie, Live at the Max, and Shine A Light, directed by Academy Award winning Director Martin Scorsese, as well as several critically acclaimed documentaries. Cohl’s legendary knack for success also includes a unique variety of shows and exhibits which he has produced or promoted including, Fuerza Bruta from the Argentinean creators of De La Guarda, Walking with Dinosaurs arena North America Tour, and Bodies: The Exhibition, which continue to tour throughout the world to critical acclaim. Last year Cohl produced a 60 city tour of the Emmy winning children’s television series Yo Gabba Gabba! Live, and won the Billboard Touring Award for Creative Content. This year Michael’s herculean efforts saw the successful turnaround of Spider-Man: Turn Off The Dark – featuring music by Bono and The Edge.

As a socially conscious entrepreneur, Cohl has leveraged his relationships to raise funds for charities worldwide including Toronto Rocks, a 2003 benefit to support the Canadian government’s fight against the SARS epidemic where he delivered headliners AC/DC, Rush, Justin Timberlake, the Rolling Stones and 12 other acts, that played to an audience of 490,000 fans (the largest ever ticketed concert in North America) raising over $1 million.


Michael Cohl has won over 35 entertainment industry awards including a Tony award, multiple Emmy awards , induction into the Canadian Music Hall of Fame the Canadian Rock N Roll Hall of Fame, Canada’s Walk of Fame, TJ Martell Foundation Man of the Year, a Juno Award, a Broadway Producer of The Year Award and Billboard Magazine’s first ever Backstage Pass Legend of the Live Award. Cohl is the former Chairman of Live Nation. With a career spanning four decades Cohl continues at the forefront of film, stage, family entertainment, television, exhibits, live events, branded merchandise, sports and music events. He continues to deliver new entertainment properties as an icon in the industry and one of the world’s most successful promoter/producers.