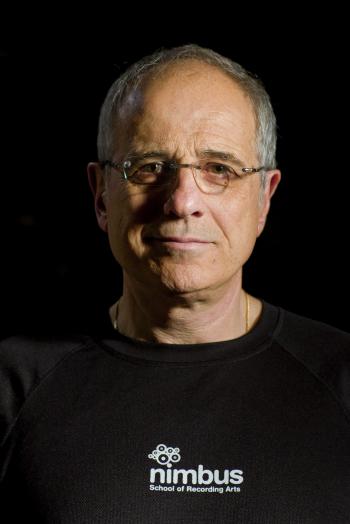 @NimbusRecording
In an illustrious career as a music and entertainment producer that has spanned over 40 years, Toronto-born Royal Conservatory alumnus Bob Ezrin has worked in all genres and media with many of the world’s most important contemporary artists including: Canadian Country Superstar Johnny Reid with who he is currently working and for who he previously produced a Christmas album in 2013, along with artists as diverse as Pink Floyd, Alice Cooper, U2, Peter Gabriel, Deep Purple, Lang Lang, Jay-Z, Taylor Swift, K'naan, will.i.am, Zucchero, The Canadian Tenors, Green Day, Elton John, Fefe Dobson, Lou Reed, Rod Stewart and many others.


He has produced numerous major events including the re-opening of the SuperDome after Katrina and Pete Seeger’s 90th Birthday Concert at Madison Square Garden. Among numerous film and TV projects, Ezrin produced the award winning film "Fade To Black" starring Jay-Z, Beyonce and a wide variety of urban artists.

Ezrin is also an innovator and entrepreneur having co-founded The Nimbus School of Recording Arts in Vancouver, B.C. in 2009; Beat Kangz Electronics, a hip hop musical instrument manufacturer in 2008; Enigma Digital, a seminal Internet broadcasting and social media company in 1999; 7th Level Inc (NASDAQ: SEVL) in 1992, the first PC based interactive entertainment company.

Ezrin is a governor of the Nashville Symphony Orchestra, vice chairman of the The Mr. Holland’s Opus Foundation, an advisory member of MusiCounts and, along with U2′s the Edge, a co-founder of Music Rising, an initiative to replace musical instruments lost in natural disasters. He is also a past trustee and governor of NARAS.

He lives in Nashville, TN and continues his work in music, film, tv and live and theatrical production.