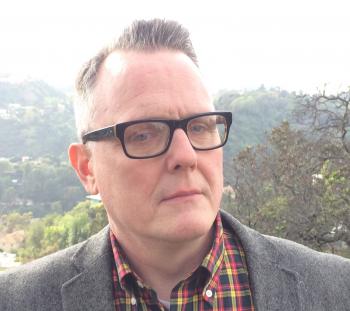 McGinnis is a broadly experienced music publisher with a specialist background in synchronisation marketing and licensing.

Following a decade learning the legal and technical foundations of music rights management and licensing at PPL and MCPS, McGinnis joined Mute Song in 1999 as Licensing Manager. Over time McGinnis' role with the publisher developed and expanded until he was appointed Head of the division in 2014.

As Head of Mute Song David McGinnis manages all of the division's A&R, creative and business affairs activity, supervises the copyright, royalty and sync teams and directs the company's future development and growth.

In 2015 McGinnis was elected to the UK Music Publishers Association Board of
Directors.

David McGinnis is a regular public speaker and panelist at events such as South By Southwest (Austin), In The City (Manchester), Go North (Inverness), The Great Escape (Brighton), BUMA Music In Motion (Amsterdam), Music Finland (Tampere), The Sync Summit (Paris) and Tune In (Tel Aviv). McGinnis has also addressed events for The Music Publishers Association (MPA), The Association of Independent Music (AIM), The National Film and Television School (UK), Platform One College Of Music (Isle Of Wight) and The Academy Of Contemporary Music (Guilford).
David was born and raised in Canada and has lived in London for thirty years. Established in 1978, Mute is a highly successful international independent record label, music publisher and artist management company.