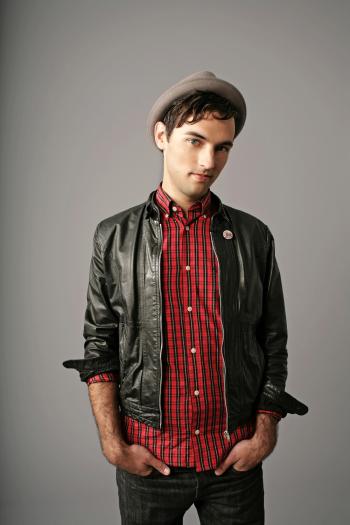 The Much MTV Group
Toronto, ON, Canada

@johnnyhockin
Johnny Hockin is MTV’s resident movie buff, and impresses with his extensive knowledge as host, producer, and writer for MTV’S MOVIE NIGHT. Johnny gives viewers the inside scoop on the must-see blockbusters and the hidden gems on the screen. From foreign films, arthouse, and cheap comedies, Johnny has it covered.

When he isn’t giving the lowdown on the greatest flicks and cult classics, Hockin is a reporter and segment producer for MTV NEWS, which features in-depth music interviews and breaking news from the world of music and celebrity. When he is not tweeting up a storm, Johnny also delivers the latest and greatest in today’s media circuit specializing in digital gadgets, music, gaming, and the online world.

Hockin has covered star-studded events including THE JUNO AWARDS, THE MTV MOVIE AWARDS, MTV VIDEO MUSIC AWARDS, the POLARIS PRIZE and the 2008 Beijing Olympics, where he covered the fun of the games and China’s environmental reform for the event.