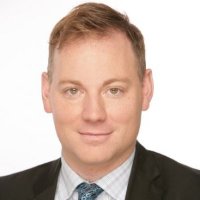 In his role, Stockman is primarily responsible for leading the ongoing integration of strategies and processes across all of the Specialty Channels, including overseeing the new digital strategy for the Much brand, the creation and launch of multi-channel network, Much Digital Studios.

Before that, he was Executive Director, Marketing, Specialty Channels, where he oversaw all brand-positioning, consumer and trade marketing, social media marketing, and social media communities for Bell Media’s Specialty properties.

Stockman has worked at Much for over a decade in various capacities including creative services and production as creative director, supervising producer, producer, writer, editor, and web designer.

Justin graduated in 1996 from York University with a Bachelor of Fine Arts, with Specialized Honours in Visual Arts Studio. In 2009 he earned his MBA through a joint program at Cornell University in New York and Queen’s University in Kingston.