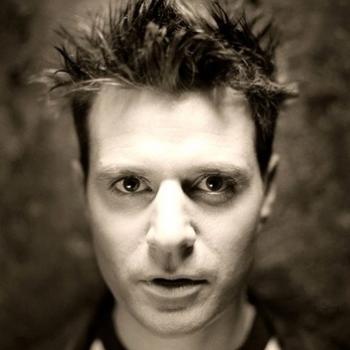 @greignori
As the front man for the Canadian act Treble Charger, Greig Nori saw a lot of bands over the years. Treble Charger was a hugely successful group, earning 5 Gold and Platinum selling albums, and a number of Top Ten hits. As any touring act will tell you, opening acts are a dime-a-dozen. If hard pressed, most headlining artists couldn't even pick last night's local opener out of a line-up. But what if one of those local acts somehow had the potential to sell over 5 million albums around the world (including over 4 times Platinum in Canada)? How could anyone see that from a 30 minute set, played by a bunch of teenagers from the suburbs? Greig Nori saw that potential in the summer of 1996. Greig Nori was seeing Sum 41 live for the first time...

Over the next few years, Greig became a guru of sorts for these teenagers from Ajax, Ontario, and led them to international success. It sounds easy, doesn't it? It wasn't. Greig was just learning how much he could help young, emerging artists. He helped Sum 41 become better writers, he helped record demo after demo, and all the work finally paid off when the attention of Island / Def Jam records in the U.S was finally caught. Greig was also learning his potential when it came to producing bands. He suddenly found himself in the role of Sum 41's Co-Manager, Co-Writer, and Producer...and he was damn good at it.

With the success of Sum 41, Greig began working with a ton of younger bands. After forming Bunk Rock Entertainment, a full-service entertainment company, Greig has solidly established himself as a Performer, Songwriter, Manager, and Producer. As a Producer and Co-Writer on Hedley's Famous Last Words, he helped pen two #1 hits (For The Nights I Can't Remember, Never Too Late), and earned himself 2 Juno Award nominations. ‘For The Nights I Can’t Remember’ also earned a Number 1 Overall Audience Rating in Canada, meaning that it was the most heard song on Canadian Radio. He has also worked with Marianas Trench, producing their highly successful sophomore album "Masterpiece Theatre". He has been able to take his time with bands like The New Cities, and work with them from the ground up as a Producer and a Songwriter. ‘Dead End Countdown’ by The New Cities also went to Number 1 at Canadian Radio. Greig has writing and production credits with an incredibly diverse group of artists. From Iggy Pop to Ludacris, and everyone in-between, Greig has become one of the most respected producers around, earning several Top Ten hits in Canada and around the globe.

So, once you've worked with some of the biggest artists on the planet, what is there left to do? Why not work on a TV show! MuchMusic came to ask for help in creating a pilot for a show in which young, struggling artists were given rock star guidance and direct music industry exposure called disBand. Greig was a natural choice to be a musical guru, given everything that he had accomplished in his extensive career in the music industry. disBand followed Greig as he became a musical mentor to young, up-and-coming bands. He helped them with everything from song writing, to image issues, and eventually put the band in front of a panel of music industry judges. Through disBand, Greig was able to introduce the country to Stereos. He brought the band to Toronto and worked with them from the ground up, eventually helping the band sign with Universal Music Canada in early 2009. Randy Lennox, President and CEO of Universal Music Canada, said at the time that Greig "Is consistently at the forefront of New Artists and Bands in Canada. A great example of this is Stereos". With the early success of this project (which includes a platinum-selling single, "Summer Girl"), it's safe to say that Greig had truly earned the title of 'Guru' that was bestowed upon him.

In addition to Writing, Producing, and Performing, Greig has been very passionate and outspoken about finding new ways for Artists to monetize in this ever-changing industry. It’s getting harder and harder for Artists to make money these days, and Greig has lent his voice to several causes to support Songwriters rights through new and innovative ventures with Internet Service Providers, Mobile Carriers, and other mediums.