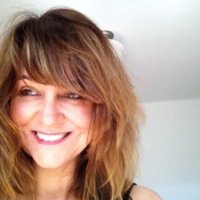 Music Supervisor,
TM Music Supervision
Los Angeles, CA, USA
Tracy McKnight has earned a place in the entertainment industry as a highly sought after music supervisor and creative executive. With roles as former Head of Film Music for Lionsgate, music supervisor, record producer, and label co-founder, her kinetic enthusiasm pushes her to find new ways of sharing her passions with an ever-growing audience seeking quality projects and music. Current projects include Cary Fukunaga’s highly anticipated BEASTS OF NO NATION, John Hillcoat’s TRIPLE NINE, and Ed Burns’ forthcoming TNT series PUBLIC MORALS. She was the executive score producer on Ava DuVernay’s critically acclaimed, Oscar nominated film SELMA.
In her post at Lionsgate, Ms. McKnight oversaw projects including THE HUNGER GAMES: CATCHING FIRE and the franchise’s first installment THE HUNGER GAMES – a record breaking worldwide box office phenomenon. THE HUNGERS GAMES: DISTRICT 12 & BEYOND soundtrack album debuted at #1 on Billboard’s Top 200 chart and was the top selling soundtrack for 2012. Both soundtrack albums garnered Golden Globe and Grammy nominations respectively. She was also responsible for soundtracks for: Now You See Me, Red 2, A Madea Christmas, Warrior, along with director John Singleton’s Abduction, and The Next Three Days by Academy® Award winning director Paul Haggis, and the hit action film The Expendables.
Prior to Lionsgate, Ms. McKnight was a celebrated Music Supervisor with years of experience spanning a diversity of genres. Her resume of over one hundred films boasts a balance of studio films (Adventureland, El Cantante, The Hoax, Friends With Money, The Ice Harvest), acclaimed documentaries (Born Into Brothels, No End In Sight, Murderball, Wordplay, My Architect), and independent films (The Messenger, Delirious, Off the Black, Coffee and Cigarettes, Raising Victor Vargas).
Before her tenure at Lionsgate, Ms. McKnight co-founded Commotion Records with former Sony Records head Walter Yetnikoff. Commotion Records released an impressive slate including the acclaimed film soundtracks from Hotel Rwanda, The Cooler, Dedication, Mysterious Skin, and My Architect. Ms. McKnight also previously headed two independent film companies’ music departments – at Good Machine, founded by renowned producers James Schamus and Ted Hope, and at Cary Woods’ Independent Pictures.
Ms. McKnight has devoted much of her time as an advisor, speaker, and consultant to the film music industry at large. She continues to be an ally of the Sundance Institute/Festival where she has participated for the past 14 years as an advisor for their Producers Conference and Composers Lab in addition to co-programming the Festival’s yearly “Celebration of Music in Film” concert. She works with the Los Angeles Film Festival on their Grammy Museum Music Series and has advised in the past for the Independent Film Project (IFP) and served on the host committee for the 2007 Gotham Awards.
The media has taken notice of Ms. McKnight’s many achievements. MovieMaker Magazine spotlighted Ms. McKnight as one of ‘2006’s 25 Coolest People To Know’ in independent film; she was featured in the acclaimed PBS series Roadtrip Nation, and has been singled out for her accomplishments by Variety, The Hollywood Reporter, Screen International, Detour, ASCAP, and BMI among many others.
McKnight is currently on the board of Women In Film and is the Vice President of the Guild Of Music Supervisors.