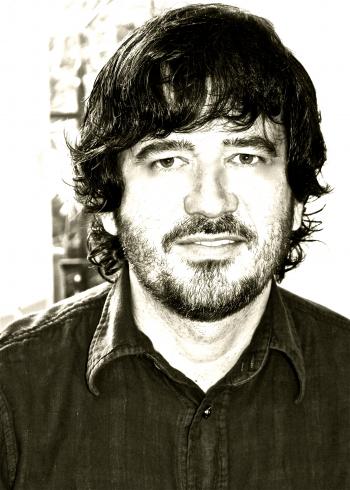 @LiveNationES
Robert Grima, was born in Las Palmas de Gran Canaria en 1965 but he grew up in Barcelona.

In 1984 he started the band “Los Negativos”, a psychedelic garage band that released several albums in Spain.

By coincidence, while filling temporarily a position at Barcelona´s legendary club BIKINI, Robert started booking bands becoming one of the most successful bookers in town.

Shortly after his start in 1986, he started his own company LA IGUANA, which later became IGUAPOP, bringing into Spain upcoming and alternative bands which included names as The Smashing Pumpkins, Nirvana, Beastie Boys, Sonic Youth, Foo Fighters, Radiohead and a long etcetera.

He was also a key element in the developement of legendary and now extinct spanish festival Festimad.

5 years ago his concert promoter company merged with other partners to become what it is now known as Livenation Spain.

Besides his love for music, Robert also is an avid art fan. He opened his own gallery focusing in pop surrealism and graffiti.

In 2011 Robert created Dcode Festival, a 2 day indie/rock Festival. that took place June 24th and 25th in Madrid and will be held next year around the same dates. He is also managing a band from Mallorca called L.A.