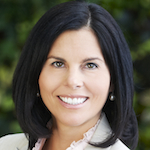 @halemaria
Maria Hale is Vice President, Head of Television Programming and Production for Corus Entertainment with oversight of the strategic direction for Corus’ television programming decisions, including content production, acquisitions and distribution strategies for the Company’s twelve specialty and pay channels.

With over 14 years of experience in the industry, Maria has a successful track record building, managing and growing television and new media businesses with a focus on multi-platform deployments including linear, non linear, gaming and mobile initiatives.

Prior to Corus, Maria was Managing Director at GameTV, responsible for developing cross-platform strategies and overseeing production and programming initiatives. Previously, she was Vice President of Content at TELUS, responsible for TV and mobile content acquisition for linear and on demand services. Before joining TELUS, Maria was Vice President, Content Business Development at CHUM Ltd., where she held various senior management roles during her tenure with the company, including Vice President, CityTV, Toronto and Managing Director, Interactive.

Maria has served as a director on the board of the McLuhan International Festival of the Future and the Ontario Association of Broadcasting, as well as participated as a member on the TELUS Community Board, the Canadian Association of Broadcaster’s Digital Television Committee and as a jury member for Ontario Media Development Corporation’s Pioneering Content initiative. She has worked on various not-for-profit initiatives including Helping Hands Jamaica Foundation and as a committee member of the Daniel Nestor Charity. Maria holds an MBA with McMaster University.