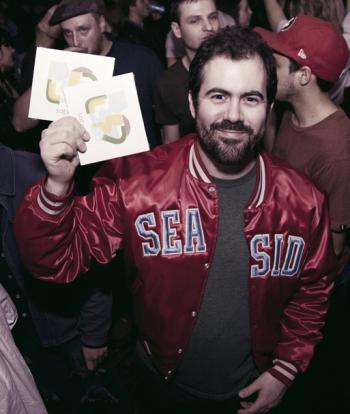 Principal,
Hoax Artist Management & Licensing
Vancouver, BC, Canada
It was Eli Wener’s unprecedented ability to spot opportunity that earned him his experiences within the early years of his career. But his skill, knowledge, and perseverance is what earned him his klout. Exposing himself to almost every aspect of the music industry gave him an insight that would in turn lead himself and his current artist roster (including HUMANS, No Sinner and the Hybridity Music artists) to new heights of success within the indie music scene, commercial radio, and festivals world wide. Its taken years of dedication, but Eli now enters 2015 with a team stretching across the globe and artists on the brink of universal success.

Eli made his debut in the scene by booking bands around the city of Vancouver in venues such as the Marine Club, Backstage Lounge, and the Media Club. Throughout this time he began to recognize a void within the live music scene - all ages shows. This pushed him to produce a series of all ages concerts hosted at the Mesa Luna. But for the fierce entrepreneur, that was just the beginning of bigger things. Later Eli took an internship with S.L. Feldman & Associates and studied Entertainment Business Management at the Art Institute of Vancouver.

Between 2006 and 2008 Eli gained the skills and edge he is known for by his peers today. 2006 marked the booking of his firsting speaking engagement with Spike Lee, which due to Lee’s lack of fulfillment forced Eli and his business partner to enlist their savvy ways to remarkably recoup all of the costs from the event. Throughout 2007 Eli landed a two year residency at Lola’s Cabaret where he was responsible for the scouting, booking and promoting of bands within the space, while also promoting shows at The Royal Unicorn, Penthouse and The Red Room. And in 2008, Eli found himself as the tour manager and marketer for the Sweat Shop Union.

Once again Eli’s keen eye for recognizing opportunity influenced him to acquire a Canadian talent roster to begin independently licensing their music to video games, TV shows and multimedia including: EA Sports “Fight Night Round 4″, C.S.I, CBS, Paramount, CBC, A&E, Warner Bros., MTV. This was then followed by Eli joining the team that opened Vancouver’s newest music venue The Electric Owl in 2012 as the Entertainment Director.

However throughout his career, Eli has donated his time to charity by sitting on the board and co-producing events for such organizations as the “JCC of Vancouver Sports Dinner”, the “Canadian Cystic Fibrosis Society”, “eatART Foundation” and “Ropka Canada”.

It has been an exciting and rewarding career for Eli Wener, and the future of his company is nothing less than prosperous. Eli’s professionalism, boundless connections, and ability to “make it happen” cannot be denied. He is an individual that has made an unforgettable impact on the careers of the individuals and artists he has worked with, introducing many to opportunities they may not have had otherwise. Executing business in his own unique way, having the support of an unparalleled team, and the world at his fingertips, Eli Wener is a modern day pioneer of the Canadian music industry.