Up Close and Personal Conversation with Timbaland 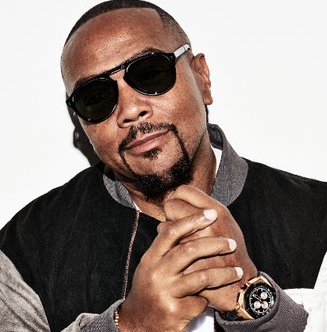 Timothy Zachery Mosley, professionally known as Timbaland, is a legendary American record producer, rapper, DJ, singer and songwriter, well known for hits like ‘Give It to Me’, ‘Cry Me a River’, ‘The Way I Are’ and ‘4 Minutes’. As a rapper he initially released several albums with fellow rapper Magoo, followed by his debut solo album Tim’s Bio in 1998. Forming the record label Mosley Music Group, Timbaland released a solo album, Shock Value which was followed by Shock Value II, he became famous as a record producer making a number of hits for artists like Nelly Furtado, Justin Timberlake, Madonna, and many others. Furtado’s album ‘Loose’ was an instant hit produced by his label, followed by the smashing hit ‘FutureSex/LoveSounds’ with Justin Timberlake. He has delivered hit albums for Missy Elliott’s debut ‘Supa Dupa Fly’ and Aaliyah’s double platinum album ‘One in a Million’. The hit single ‘Pony’ and the album ‘Ginuwine…the Bachelor’, produced by Timbaland, introduced a unique rhythmic style by mixing R&B and hip-hop that brought into the music scene a new trend in the 1990s. He also successfully entered TV production when he was asked to supervise the music for the soap opera ‘Empire’. Aside from the aforementioned artists, Timbaland’s production credits include work with Jay-Z, Nas, Ludacris, Bubba Sparxxx, Rihanna, OneRepublic, Brandy, Drake, Rick Ross,  Miley Cyrus, Katy Perry, T Pain, Pitbull, Snoop Dog, and from alternate artists like Bjork and M.I.A. to pop/rockers the Fray AC acts like Ashlee Simpson and even rock acts like Nickelback frontman Chad Kroeger and Australian band Jet and others. As a songwriter, he has written 85 UK hits and 99 hits Stateside,

McDonald’s, Wendy’s and Taco Bell were the top radio advertisers in the quick-service restaurant category from Jan. 1 - Sept. 30, 2020 according to new data from Media Monitors.