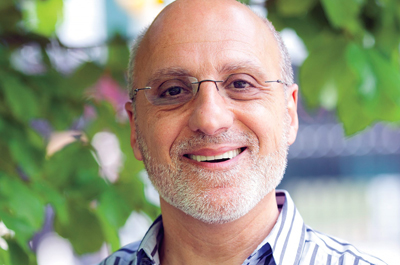 Allen Kovac believes every music promoter should be a developer of talent, and he points to his own success over the last 40 years in the business as evidence of that claim.

“The entire music ecosystem has been poisoned by quarterly billing reports,” he insists. “You can’t break music in quarters, and all of the major labels and major promoters work in quarters. When the majors have these pressures, they start trying to manufacture it. Then it becomes generic, then it becomes white-bread and then it doesn’t consume.

“Do what we did in the 60s, 70’s and 80s,” Allen continued. “We developed artists. Making music is not like making widgets. You’re in the damn music industry. Every promotor should have an artist development fund.”

That sentiment is more than a romantic view of a time long past. That’s a business strategy that Kovac uses every day as CEO of Better Noise Music and at his management company, 10thStreet Entertainment. Kovac has managed some of the biggest acts in the world including The Bee Gees, Duran Duran, Motley Crue, The Cranberries, Luther Vandross, BLONDIE, Papa Roach and Five Finger Death Punch. Some of the newer acts that are breaking through are bands such as Canadian artists: Bleeker, and Cory Marks, a Mongolian metal band, The HU, and Bad Wolves.

“We develop a few artists a year,” he explained of the formula. “We try to have nothing that sounds like anything else. People said we could do that in today’s market.”

While the catalogue seems to skew in the direction of hard rock, Kovac sees opportunity in what he thinks is an emerging genre.

“We try to go where the majors aren’t,” he notes. “Rock and country music have the same psychographic and demographic, and we see a real opportunity. By just crossing those audiences we know that record’s going to do 10 million streams before it even gains a substantial audience at radio.”

During his 40-year career, Kovac has been at the centre of almost every major technological innovation that has taken over the music industry. Most importantly today was his work in online music, downloading and streaming. Working with people at leading technology companies including RealNetworks, Google, and Apple, Kovac saw the future and took it to label heads at Sony, EMI and MCA.

“I’ll never forget watching him look at me like I was going to ruin the music business,” he recalled with a wry chuckle. “You’ll take the magic away. The major labels were more interested in protecting their business than leaning into the changes that were happening. It was amazing the hubris of the industry.”

That said, Kovac is concerned with the obsession the industry shows in streaming figures for Pop and Hip Hop.

“When you look at 12- to 14-year old’s, they have all the time in the world. They have the time to listen for free,” he insists. What they don’t have, is purchasing power. That’s an older demographic. “Those people who have a credit card change their tastes. They’re not listening to pop music anymore. Long term fans mean something to me. Engagement means even more to me.”

Kovac will be the keynote interview for this year’s Canadian Music Week, scheduled for September 8 to 12. That discussion is titled “Don’t Drink the Major Label’s Kool-Aid”. For his contrarian attitude, Kovac was awarded the Association of Independent Music’s 2019 Innovator award. On that honour, Kovac demurs.

“I learned from my mom, the only way I would learn was to ask questions from people who were smarter than me,” he said. “The more questions I asked, the more I learned.”

This approach has led Kovac to develop some basic pieces of advice for young artists.

“Compete with the best,” he says. “Just because you’ve made it doesn’t mean it’s great. Compare yourself to the very best. Make what you produce mean something. Make it there to last.”

He also believes there’s no substitute for hard work, something some new artists he says lack.

“Artists are lazy now,”’ he said. “It used to cost a lot of money to make an album, and now it’s cheap. It’s like an athlete making the Super Bowl without training. Everything is about instant gratification. It’s poisoning this new generation.”

That caution aside, Kovac believes the next decade is going to be big for independent music. Already 40 percent of the market, he sees similarities to a golden decade of the past.

“I think the 20s are no different that the 60s,” he mused. “The dam had to break. How many times could you hear a Sammy Davis Junior song that sounded like a song by Frank Sinatra which sounded like sometimes like Dean Martin.

“In the 60’s there was a new technology that moved music from AM to FM. Artists like the Rolling Stones, Beatles and The Who replaced the manufactured artists on AM radio,” Kovac recalls. “The same will happen when curators at streaming move from trying to immolate radio, an antiquated music platform. To a long-term consumption platform at streaming. There is a wonderful opportunity. Every artist and label need to realize they don’t have to be the same. Different is good.”