From Video Guy to Superfly: Fireside Chat with Director X 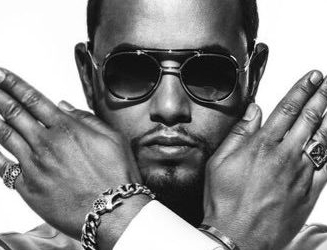 Few epitomize the blend of high-profile sight and sound in this century like the Toronto-born Director X, whose roster of high-budget video stars has included Jay-Z, Drake, Rosalia, Kanye West, Miguel, Kendrick Lamar, Future, Justin Bieber & more. Since 2015, the Founder of his own Toronto company Popp Rok, Director X made the Hollywood leap in 2018 with a remake of the Blaxploitation classic Superfly, and is a past winner of the BET Award for Video Director of the Year.

Director X (formerly known as Little X) was born on October 31st, 1975 in Toronto, Canada, and is of Trinidadian and Swiss descent. Moving to New York City, he became the protégé of pioneering director Hype Williams. X has been noted for directing high-budget, visually distinctive videos for popular artists, including: Drake, Kendrick Lamar, Rihanna, Jay-Z, Kanye West, Fifth Harmony, Wiz Khalifa, Usher, John Mayer, Korn, Iggy Azalea, Sean Paul and many more. His work has been nominated and awarded by the MTV Music Video Awards and Much Music Video Awards. X has directed commercials for Apple Music, Ebay, Virginia Black and Gap’s noteworthy ‘Meet Me In The Gap’ campaign.

As a film director, X made his directorial debut in 2014 with an edgy drama titled ACROSS THE LINE which won Best Feature at the Atlantic Film Festival 2015.

CMW is proud to Director X in a Keynote Fireside chat at the 2021 conference edition. Stayed tune for details.

Radio May Have One Of Media’s Best Revenue Rebounds In 2021, Says Analyst.

t won’t quite be the worst-to-first ratings ascension of a hot new station, but a different set of numbers – those focused on revenue – may be an even bigger eye-popper in 2021. Noble Capital Markets says after having among the weakest performances of any media in 2020, radio has a lot to look forward to in 2021