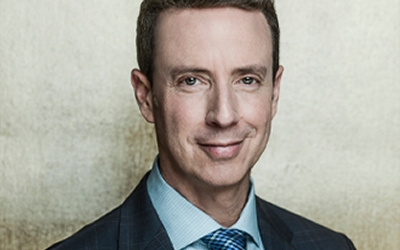 For over 30 years, Adam Growe has been performing in radio, television, and on-stage. In addition to hosting 8 seasons of Cash Cab, Adam is a highly sought after event host and an accomplished stand-up comedian, starring in Just for Laughs, Comedy NOW!, COMICS!, and appearing on CBS’s, Star Search and Comedy Central’s, Premium Blend.

As a stand-up comic, Adam has appeared in many festivals, on campuses, cruise ships and at comedy clubs and theatres in both the U.S. and Canada. Bringing together his comedy experience and love for trivia, The Adam Growe Quiz Show is his unique and hilarious live show giving people from the audience a chance to win cash or prizes out of his pocket on-stage. Adam’s versatility and ability to entertain and engage audiences of all kinds makes him a popular choice in the corporate market.

For more than a decade, Adam has coached business executives on presenting, hosting and moderating, as well as facilitated leadership communications courses for organizations throughout North America. He also developed an interactive video Web App version of his quiz game that can be customized to increase event attendance, generate sales and engage employees.

Adam’s professional career began in radio in Orangeville, ON where he became the Morning Drive Announcer. Eventually, Adam ended up on-air in Toronto before his stand-up career took off and he had to leave full-time radio behind.

Previously, Adam appeared in YTV’s, Monster Warriors, and on CBC Radio One’s, Newshounds and Definitely Not The Opera. He has also toured theatres and festivals with his first one-man show, The Mom and Pop Shop, about a guy who unexpectedly tries to teach a prenatal class with hilarious and touching results. His most recent claim to fame (with his youngest daughter and her friends) is a cameo appearance in, The Umbrella Academy.

Adam is a father and a Foster Parent with his wife and three kids in Toronto.