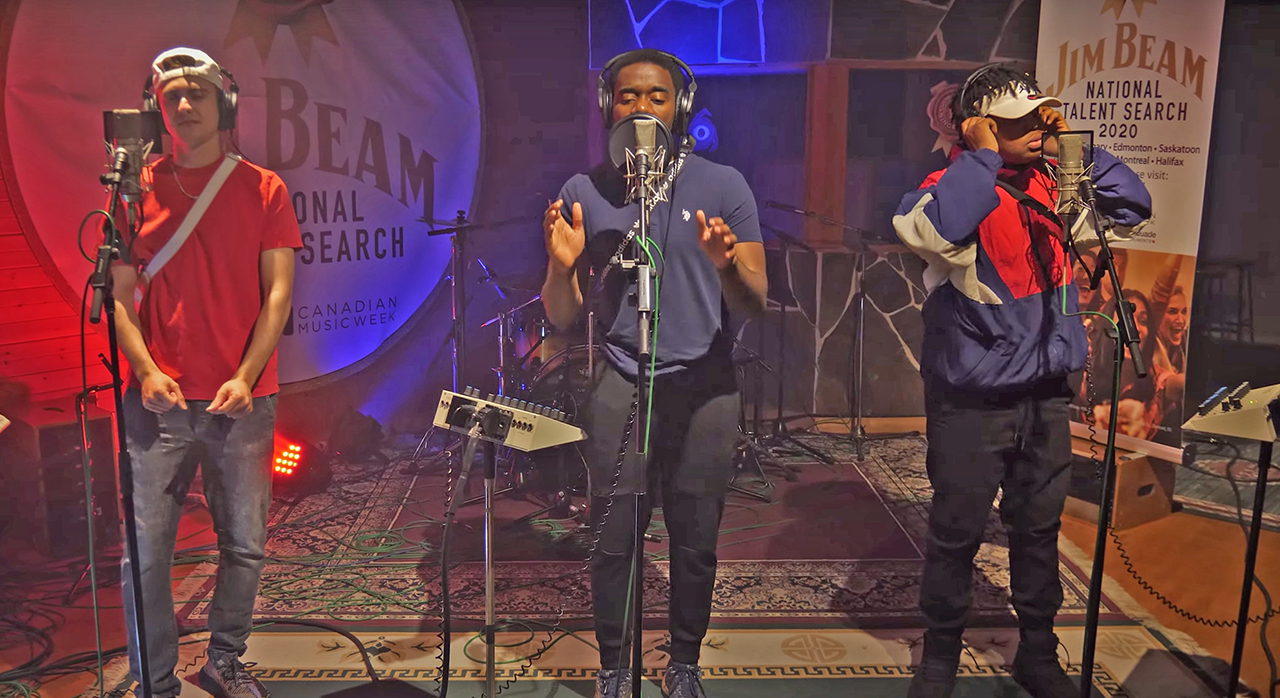 CMW and the Jim Beam Virtual Talent Search Tour has provided 40 of Canada’s best new bands with their own virtual stage, ownership of their own recordings, and starring roles in this musical event that could rewrite the way homegrown independent talent is discovered. Each episode will focus on one city and feature interviews and performances from five local bands. Fans are invited to vote for their favourite band to play live at the Jim Beam INDIES in 2021 at www.indies.ca.

The 40 bands have already began recording the Jim Beam Virtual Talent Search episodes during socially-distanced studio sessions this past summer, which will be edited so each indie artist or group will sound their best and shine online. All 40 artists will also receive a mixed master tape of the multi-track sound recording and the accompanying multi-camera video to be used in any way they wish to promote themselves.
“What, in previous years, would have been a chance for one band to play live at the Jim Beam INDIES in Toronto for a crowd of about 1000, will now be a career calling-card for 40 bands representing priceless international exposure that will serve these artists for years to come,” said Canadian Music Week president Neill Dixon. “CMW’s national talent search webcast presents a way to preserve an invaluable talent initiative that was already underway when the pandemic shut us all down.”

Unfortunately, on the eve of the first showcase, live gatherings were banned across Canada and CMW itself was eventually cancelled for the duration of 2020 for public safety due to COVID-19. Canadian Music Week has used this challenging landscape as an opportunity to find new ways of supporting independent artists and industry by providing a safe, online platform for artists to showcase, and for career development with the Virtual Voices (Online Webinar Series).

For the last 38 years, Canadian Music Week is Canada’s leading annual entertainment event dedicated to the expression and growth of the country’s music, media and entertainment industries. Combining multifaceted information-intensive conferences; a trade exposition; awards shows and the nation’s largest new music festival which spans five nights of performances, with hundreds of showcasing bands at more than 40 live music venues in downtown Toronto.

Justin Bieber, The Weeknd displeased with the Grammys — for different reasons