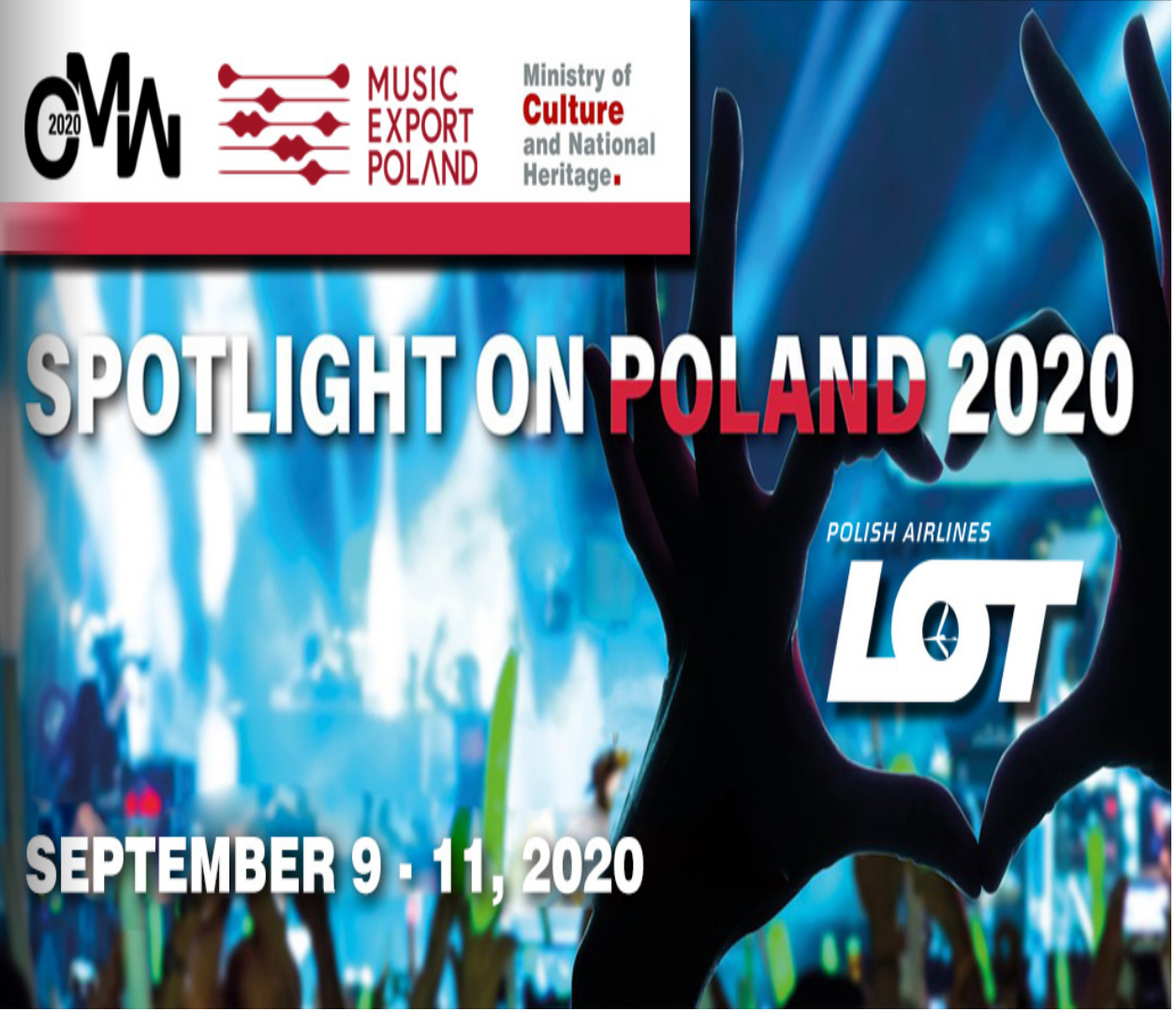 CMW shines a Spotlight on Poland in Toronto in 2021, welcoming the largest official music mission from Poland to Canada to open new trade routes between our respective music markets. The initiative has been a few years in the making, collaborating with Music Export Poland and the Embassy of Canada to Poland in Warsaw.

Poland is Canada’s largest goods trading partner in central and eastern Europe and presents an extremely stable economic and political environment. Canada was the first country to approve Poland joining the NATO Alliance. Poland & Canada cooperate on common issues on many fronts. For the past two years, CAAMA has been developing Spotlight activities with Poland, to present at CMW in May 2020.

The country measures 41,526 sq. km, about 32 times smaller than Canada, with a population of 38.5 million people – only 2.9 million fewer people than Canada. It is the 92nd most densely populated country in the world. In 2018, the number of mobile subscriptions in Poland was approximately 51.1 million, indicating multiple subscriptions. In 2019, 75 percent of the population is online, with the percentage projected to grow to 79.3 percent by 2023.

Poland is ranked 13th among the fastest developing e-commerce markets in the world, with an e-commerce market expected to reach US $13.5 billion by the end of 2019. There is a total of 28 million internet users in Poland, 66 percent of them shop on-line. More than half of customers use multiple devices for on-line shopping. E-commerce platforms and shops increasingly invest in advanced analytic tools, including artificial intelligence. The industry primarily reaches customers via social media, personalized advertising and content marketing.

For more than a century, our two countries have been linked by a deep and intense relationship strengthened by the one million-plus Canadians of Polish heritage. Although Canada and Poland have similar populations, they differ significantly in the size of their respective music markets.

In Canada, support programs for the music sector have been in operation since the 1970’s, when they were launched by Prime Minister Pierre Trudeau.

Poland, on the other hand, only opened up to democracy thirty years ago. It was then the real music market began to flourish in this country.

Marek Hojda, head of Music Export Poland (MExP), says, “Despite the differences and disproportions, we are convinced we can learn a lot from mutual cooperation and exchange. Music Export Poland is a critical resource in building bridges between our respective industries. The institution initiated the idea for the “Spotlight on Poland” at Canadian Music Week 2020.”

“We are convinced the Polish presence in Toronto in May will contribute to establishing and extending business relations beneficial to both the Polish and Canadian music industry,” adds Tamara Kamińska, MExP director. “We truly believe Poland’s status as a Spotlight country during Canadian Music Week 2020 will lend itself to furthering relationships and creating new pathways for doing business together.”