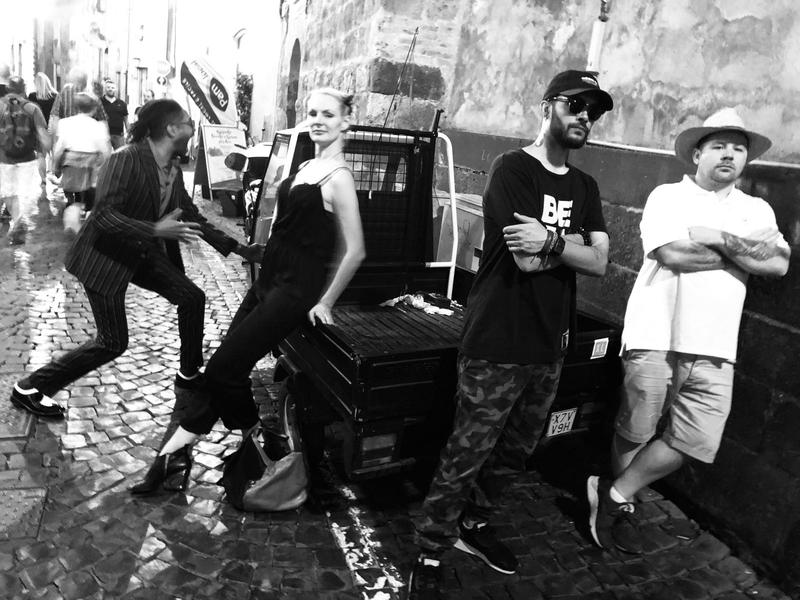 Hip Hop/ jazz/ alternative
Hailing from the West Coast of Canada, XL The Band is a hip-hop/ jazz/ alternative fusion band with a deep and rich history in the music industry. XL is a new artistic project launched by some of Canada’s leading musicians and the body of work they’ve created runs the gamut of musical genres.

Prevail and Rob The Viking, from the 5-time JUNO Award winning hip hop group Swollen Members, have performed and toured internationally with the likes of Avril Lavigne, Rihanna, and The Black Eyed Peas. Musically, they have collaborated with artists such as Nelly Furtado, Everlast, and Wondagurl.

Liesa Norman holds a Doctorate in Music performance and composition and is also a part time model and actress. She started her musical career as a flautist playing with the major shows such as Beauty and The Beast, Miss Saigon, and several orchestras in Toronto, and in BC with the Vancouver Symphony. Liesa has toured internationally with her chamber music group Forbidden Flutes, and she’s been featured regularly on major North American radio and television networks. Liesa has also composed for film and TV internationally, including for the world renowned BBC.

David Spidel is an accomplished bassist and guitarist who has played and toured the world for decades with many of Canada’s top artists including Mother Mother and Bif Naked. His time in the industry has earned him well-deserved respect amongst fellow players.

Neph from the rap group Alpha Omega, has years of touring and performance under his belt. His debut solo EP The Blackbox, garnered him attention in the Canadian rap scene and his musical contribution to XL has helped sculpt the bands sound.

XL The Band also regularly features artists Miguelito Valdes, who performed with the Buena Vista Social Club for a decade, Aidan Miller, Nick La Rivière and Samuel Cartwright. All of whom are incredible musicians that lend their chops to the jazz fusion element of XL’s music. Also making appearances are Grammy Award winning artists Daniel Adair and Ben Mink. This calibre of musicians has invoked creativity in its highest form.