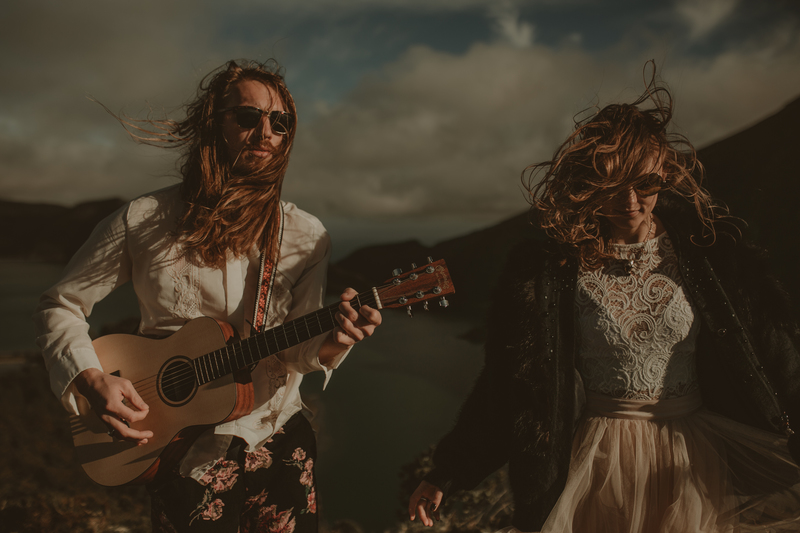 Dream Folk | Indie
Wolf & Moon is a modern-day nomad dream folk duo.
The debut album ‘Before It Gets Dark’ was recorded with Swedish Grammy-nominated multiplatinum producer John Andersson, when they packed their whole life into one car and went off to live in the Swedish woods. Wolf & Moon’s music lives off the dichotomy of their voices and marries dreamy indie-folk with electronic elements. They hypnotise their audience and take them on a road trip with lyrics and stories about being home away from home. Follow up record “Follow the signs” will be out mid-2020. While the artists are from dutch origin they are now based in Berlin.
In the last year, they have played 90 concerts, in USA, Australia, UK, Germany, Italy, Poland, Sweden.
The band is known to shoot their own music videos during travelling, and to take the audience on a road trip with them.

The duo came to life after Stefany and Dennis met once upon a time in the Netherlands, somewhere close to 52.0907° N, 5.1214° E. Stefany thought it might be fun to take Dennis with her on a trip to the US, and that it might be a great adventure to explore the country through playing music together. She started booking gigs in the legendary Rockwood Music Hall and The Bitter End in New York, where artists like Bob Dylan and Lady Gaga started their careers. After that things just kept happening. Wolf & Moon were invited to play more gigs in San Francisco and LA, started writing songs about their experiences and the people they met … and ended up playing in front of Harry Belafonte, who gave Dennis the compliment of his life: “Great tune you got there, son!”

Wolf & Moon wrote their very first songs, such as “Getaway” and “Like A Shotgun” in a Dutch farm in anticipation of aforementioned road trip, and it lived to become the band’s anthem. In the lyrics of Getaway they declare to each other and the listener “You know I wanna get away with you”. The song captures the rush of energy that keeps you awake the night before you embark on a big trip.