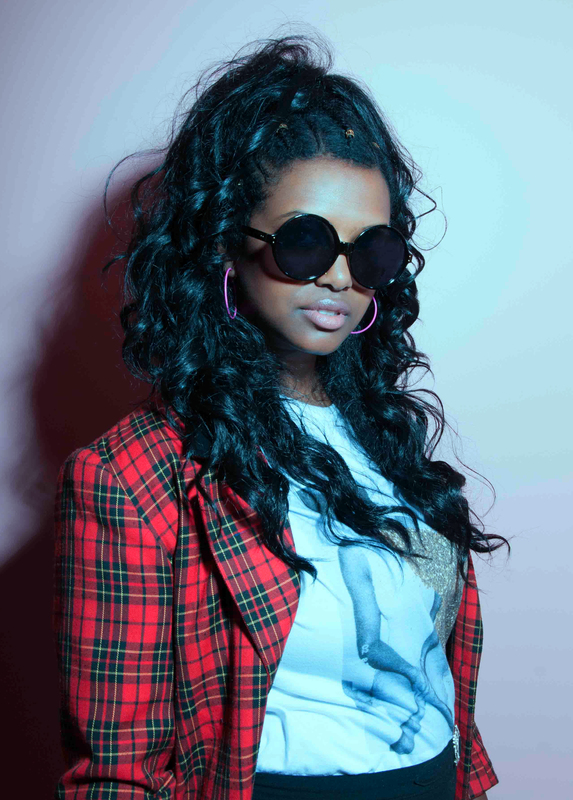 Electro / Pop / Dance
Having fronted bands since she was fifteen years old, Elsa Gebremichael has many years of experience in the Canadian music scene and continues to grow as a self managed musician, songwriter, producer and performer. In her previous projects (We Were Lovers, The Radiation Flowers (ex-Powder Blue), and From Chimpan-A to Chimpan Z) Elsa has toured throughout Europe and North America, showcased at festivals such as SXSW, NXNE, HPX, CMJ, Sask Jazz Fest, Ness Creek Music Festival, BIME in Spain and The Great Escape in Brighton, she has opened for Janelle Monae, Tegan and Sara, and Metric, was nominated for a Western Canadian Music Award for Pop Recording of the Year and played at the first Afropunk event in NYC. Elsa has performed and written songs in a variety of genres and has influences ranging from Rock to Pop to Disco, Soul & RnB – all of which have brought her to this culminating moment in her first solo project, WILD BLACK.

Wild Black has recently brought her engaging, upbeat live show to the stage for the first time (of many), has plans to release more new music in the new year and is currently working on an album due later next year. Stay close.

“The funk-laden track is smooth, and its guitar-heavy production the perfect backdrop for Wild Black’s airy vocals.” – THE FADER

“it’s fresh and earnest, embodying the fairytale weightless nature of the night sky’s landscape.. ‘Moon, Star, Lover’ is not just a tribute to the misrepresented and mistreated but it’s a confidence-soaked reminder of how far you can come with acceptance in your heart.” – EARMILK