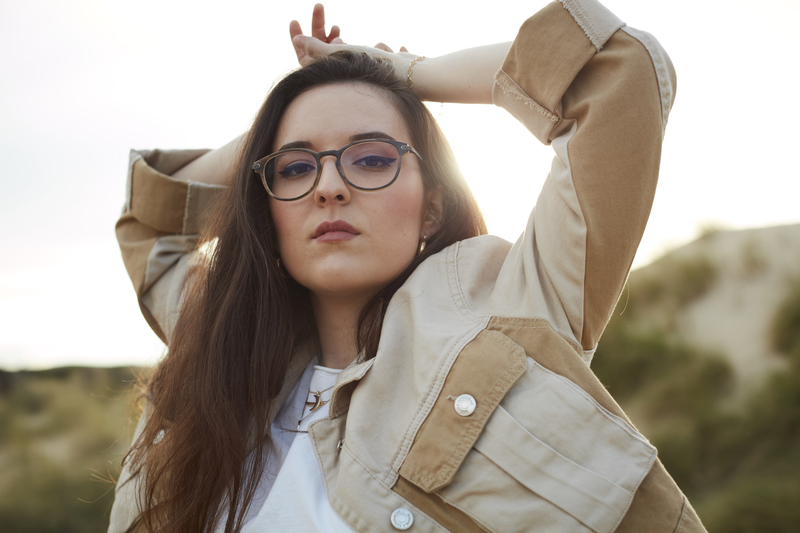 Soul Pop
In the quiet remoteness of her home recording studio, Veronica Fusaro developed her characteristic soul pop sound and the bluntness of her songs. Influenced by the likes of Amy Winehouse, Tracy Chapman and Lana Del Rey, Fusaro first stepped into the spotlight in 2016 with her self-produced EP ‘Lost In Thought’ and surprised the Swiss music industry by winning the ‘Demo of the Year’ at the prominent national M4Music Festival. Also awarded ‘Best Talent’ by the national radio station SRF3, she was subsequently nominated for a Swiss Music Award in 2017.

Her second EP ‘ICE COLD’ was released in February 2018 and she performed a single from it entitled ‘Better If I Go’ at the Swiss Music Awards in Zurich and two days later at the Winter Olympics in PyeongChang, South Korea. Touring ever since, Fusaro’s music has matured and gained her many new admirers along the way. In all, Veronica performed almost 140 shows in 2018, a number that’s not bound to decrease in 2019. On stages large and small, from New Zealand to the UK and back to Switzerland, she has captivated audiences by building sound structures with live multi-instrumental loops, playing with her band or simply by standing at the front edge of the stage playing her songs using just her guitar and affecting voice. Being the support act for Mark Knopfler in the amphitheater in Nîmes, Eagle-Eye Cherry on 11 dates in France, Ibeyi in London, playing Glastonbury 2019 and playing at the opening night of the renomated Baloise Session in Basel, Switzerland, mark only a few of the many highlights of her young career.

Following ‘Lost in Thought’ and ‘ICE COLD’, ‘Sunkissed’ is Fusaro’s third EP. With its sixties soul beat and nods to Dusty Springfield and Adele, the world of ‚Sunkissed’ is a deeper dive into the world of soul music, which very much enhances Veronica’s voice – skillfully balancing between the depth and playfulness of her music: pure, powerful and intimate.