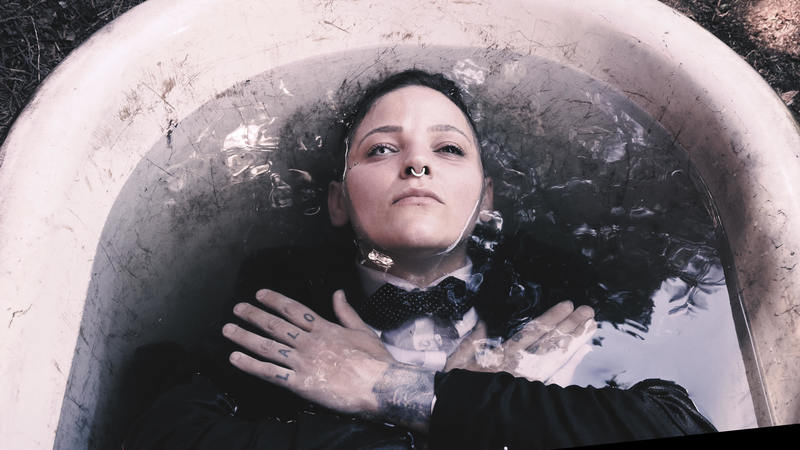 Ambient Queer Witch Hop
Uschi Tala is a Queer self taught, multi instrumentalist, and poet who draws inspiration from the elements the underworld and the light found within darkness.  Wielding a loop pedal, beat machine and various instruments, she creates ambient soundscapes that dance along hauntingly serene vocals and rhythmic rhymes. Uschi’s music has been described as tragically beautiful, otherworldly and pure magic. Her lyrics embody an ocean of healing and encourage others to sea the radiance in themselves as well as the bigger picture. She will ground your spirit, and raise your heart into etherial worlds of the in between.
Settler living in Sinixt Territory.

• Beatroute magazine described Uschi Tala’s live performance as otherwordly saying it was like being taken on a musical sojourn into
another dimension.