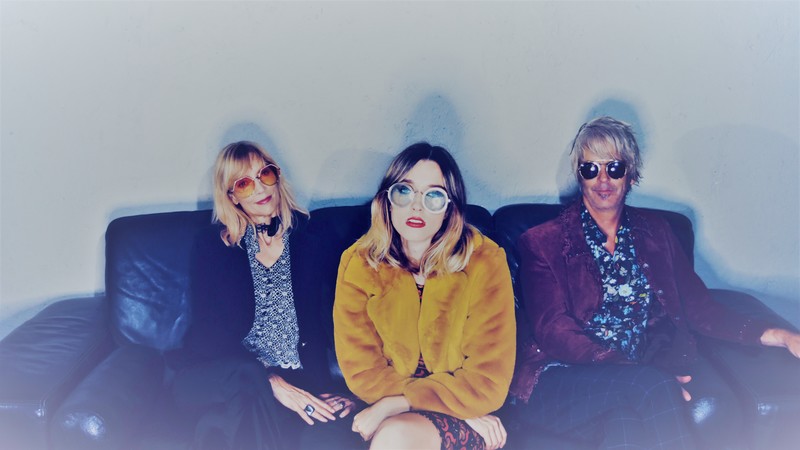 Alternative Rock
The members of Still Eighteen consider themselves to be non-conformists and questioners of the status quo. This attitude is reflected in many of their songs that tackle topics like, war, greed, poverty, and environmental degradation. Emerging Indie Bands Blog dubbed the band a “rock protest trio”. However, not all of Still Eighteen’s music follows these themes. For example, their light-hearted song, “You Hit Me Like a Drug” and the accompanying funny music video went viral on Facebook with thousands of shares and over 1,000,000 views!

Still Eighteen is not your average alt-rock band, this dynamic trio is made up of a mother, father and daughter.

“That’s right, they’re a family band. But if you’re expecting warm ’n’ fuzzy, sing-songy tunes, you can ditch that image — and replace it with one where Jack and Meg White of the White Stripes have a badass baby that grows up to join them. The family that plays together SLAYS together.” Darryl Sterdan of “Tinnitist” (former national music critic, Sun Media)

In the words of music blog, Noble Vybe – “We’ve seen bands composed of childhood friends, brothers and sisters. However when you have a father, a mother and a daughter tearing the house down like Still Eighteen does, it’s quite the sight to see…”

Initially a fan in the crowd, Karen caught Joey’s eye at a Toronto-area gig and instantly knew he was ‘the one.’ Over the course of dating, marriage, and having their daughter, the pair had long dreamt of living life at a more tropical pace, specifically in the Dominican Republic, having explored the island on rusty, rented motorcycles during multiple vacations.

Their life-changing move to a small, coastal town in the D.R., best known for its kite-surfing (their favorite sport), had a profound effect on the whole family. “It really expanded our world view,” Karen recalls. This new perspective ignited Joey’s creative inspiration and his songwriting flourished.

With such free and musical spirits at the helm, it was predestined that Samantha would catch the musical bug; at age eight, she started an all-girl rock band, Crush, and frequently opened for Joey’s band across island gigs. She started playing bass and writing her own material in her pre-teens, with her skills expanding to co-writing status alongside her dad, including “The Revolution” (Oct 4th release), “The Sun” “Carnivore”, and previous releases such as “Bullets & Dust” and “You Hit Me Like A Drug.”

In the meantime, Karen’s many years of exposure to the music world throughout Joey’s music career — and now it being her daughter’s passion — was the catalyst for Karen becoming a serious drummer.