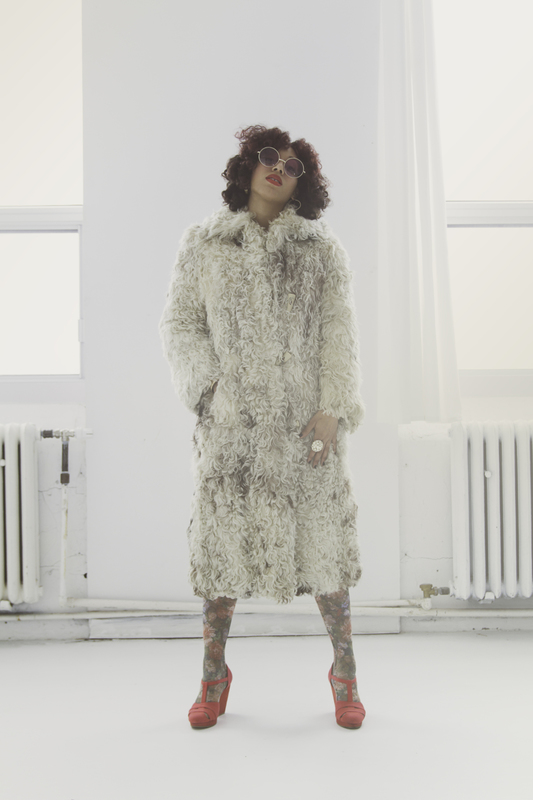 RnB Soul
Sam I Am Montolla is an artist in motion. She started with dance at a young age and her love of music led her to singing and songwriting. Brought up with Caribbean parents, exposed to Hip Hop culture through dance, singing Gospel with Montreal Jubilation Choir for a number of years and a lover of R&B and Funk, this Montreal songstress with all this diversity has made it apparent in her style.

Starting off 2019, SAMIAM MONTOLLA is the Songwriter Resident for the Dawson City Music Festival. She has also been a featured artist on The Songwriter’s Association of Canada in 2012 and in April 2017 was a featured artist on the MAtv series “Studios, Lofts and Jam Spaces” produced by Juliet Lammers that was chosen to be shown nationwide on CBC. She has worked with Shashu, Monk-e, Waahli, the Narcicyst, and with Jai Nitai Lotus, she is featured off his mixtape”ACKNOWLEDGEMENT” and Album “AFFIRMATIONS” as well as Shashu’s EP “STREET X” and “BATTLE ANTHEMS”. Also, a staple member of Kalmunity. “MADE HER” is her first EP, a 6-Track body of work that infuses R&B, Funk, Soul and Afro-Rhythms, produced by SHASH’U (Fool’s Gold/JoyRide).

She has currently put out her next project, INTRO TO INDIGO Mixtape. Came out this May 2019! It has gotten a great response, with a “Projet De La Semaine” mention in VOIR and has been on the Palmeres Adisq Radio Campus list from June 18-July 8th. She is diving into producing, recording and mixing, giving more range in her creations.

Sam I Am Montolla aka Princess Shayla, has many other talents and one in particular in Dance. Starting as a child from the age of 3 in West Indian cultural dances, (Soca, Calypso, and Reggae), She started with Jazz ballet at the age of 5 but found her passion for Hip Hop at the age of 8 with Angelo Ameur as her mentor. She has been a member of Outer Limits, a Hip Hop dance crew, she is one of the first Waackers and Waacking teachers in Montreal and in Canada, taught by the one, Tyrone Proctor. A part of THE CHAPTER, she goes under the alias PRINCESS SHAYLA. She has won in the category of Hip Hop, Waacking and All-Styles. She has contributed to the culture in Montreal and internationally, in New York, Paris and Taipei. She was also nominated for the GadFly Urban Dance Awards in Toronto 2015. From 2017-2018, she has worked and been invited to teach and judge events here in Toronto: Parks n’ Wrecks 2017, Manifesto Dance Battle 2018 and Crystallized 2018. She currently teaches Waacking and Hip Hop; she has taught dance classes at the center Chalet Kent in Montreal, where she works as a youth worker. She has mentored a group of young ladies, the name “S.A.M. & Da Sistaz” from 2017-2018.