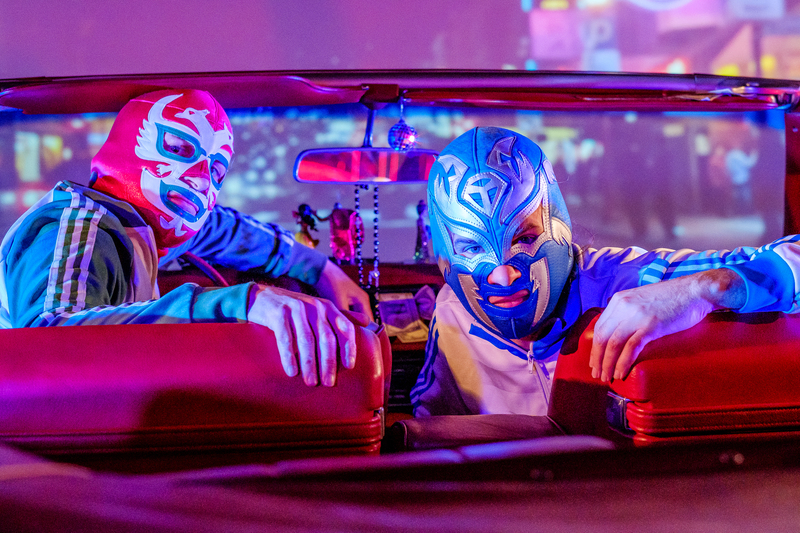 Nottingham, England
Electro-funk
Revenge of Calculon are just big ol’dirty electro funk. If you like your left-field Sci-Funk wrapped up in a neat bundle by a bunch of guys wearing Mexican wrestling masks and tracksuits, this is the band for you.

Formed by synth freak Sonic Abuser & heavy bassist Mr JC9000 as a skin-tight duo back in 2015, they’ve playing shows from record stores in Iceland, to psychedelic VR gigs at Comic-Con and everything in-between.

With six 7” vinyl releases to date, along with some sleazy promo videos involving a 1970’s Cadillac coupe de ville and a fist full of fake dollars, Revenge of Calculon are currently working on their first full length LP with guest rapper Motormouf.

“Fabulous, by the way”
(Trip advisor)