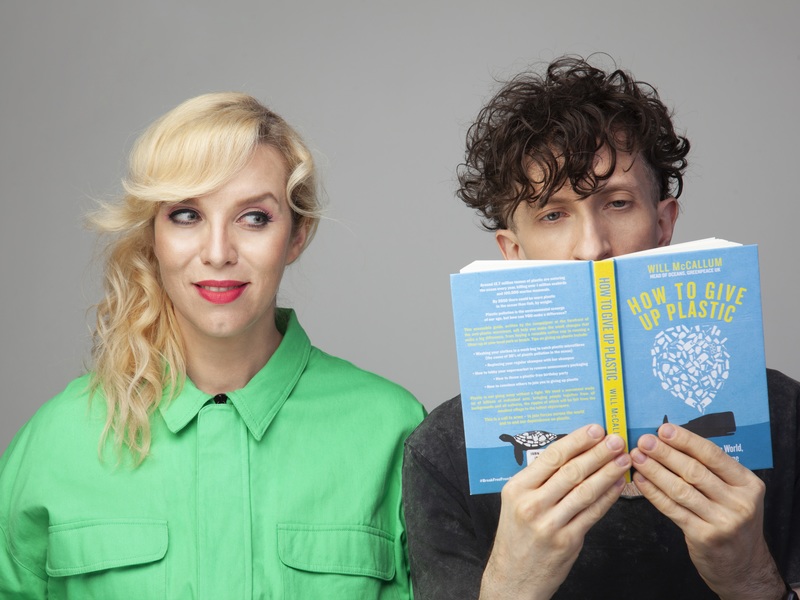 pop, alternative pop, electropop
PLASTIC is a band as well as a production duo who has been sending their own musical message.
Plastic formed: Agnieszka Burcan (vocal, keyboards, programming, music producer. She’s a composer of each Plastic song.) and Paweł Radziszewski (guitars, bass guitar, programming, sound engineer, music producer).
Their music is a truly eclectic kind of alternative dance pop. Plastic’s style brings together acoustic and electronic sounds, both contemporary and vintage. They send a positive and energetic vibes during their gigs.
Plastic formed in 2003 and has released 3 albums and one EP:
• „Plastic” 2006 – Their debut album was nominated to the Polish music industry awards ‘Fryderyki’ in two categories: Album of The Year – Club Music & New Face of Phonography.
• „P.O.P.” 2009 – The band experimented with new and surprising sound, shifting away from their traditional style. Guest musicians on P.O.P album included the eccentric keyboard player Eddie Stevens (Moloko, Rosin Murphy, Zero 7, Freak Power, Sia), as well as a string quartet, wind instruments section and many others. “Lazy Day” song won Plastic the Grand Prix during Pepsi Vena Music Festival beating over 700 bands from around the world.
• „Living In The iWorld” 2013 – This is a very diverse album with a very rich stylistic range. From dance, electronic and club music roots through film soundtrack inspiration to rockabilly and recently discovered by Plastic electrocountry.
• „I Want U” 2014 – released as an EP together with 9 thrilling remixes by independent young bands and DJs.
• “U Gonna Love It” 2019 – first single announcing Plastic’s fourth album. The music video by Dawid Krępski is No. 15 in The Best Music Videos of 2019 on www.thrillist.com
• „Out Of Control” 2019 – a new single accompanied by great video and a concert tour of the same title. https://www.facebook.com/tours/520982738724587/

Plastic’s next album will be distributed all over the world, is entirely in English and has great export potential.