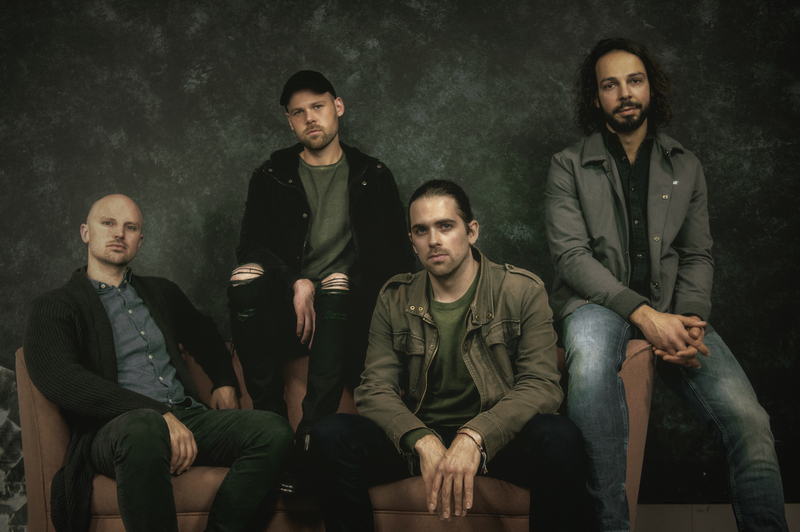 Alternative Rock
Since hitting the music scene in 2017, Toronto-based Phantom Atlantic have been making waves. Blending the driving alt-rock rhythms of artists like Nothing but Thieves and Foo Fighters with the post-rock ambience of Radiohead and Explosions in the Sky, the band’s unique fusion of high energy anthems and serene soundscapes has quickly earned them a reputation as “ones to watch” (Indie Week Canada).

Members Kyle Brunet, Ryan Stam, Jeff Burling and Ken Grisé have also been lauded for their powerful live show, and their appetites for being on stage are insatiable. In addition to performances at venues across Ontario and Quebec – including a raucous hometown headliner at Toronto’s legendary Horseshoe Tavern in summer 2019 – the band has appeared at numerous festivals like Canadian Music Week and Voodoo Rockfest, and supported notable acts including The Elwins, Texas King, and multi-platinum Irish arena rockers The Coronas.

With their recent singles “Lessons” and “Beneath Your Moment,” Phantom Atlantic received airplay on active rock radio stations across the country and were featured on Spotify’s official “Ready to Rock” playlist. The release of the latter track was accompanied by a hypnotic music video produced, directed, and shot by the group themselves at an off-the-grid historic farmhouse in Northern Ontario. The band is currently in the studio with producer and Finger Eleven drummer Steve Molella working on their next EP, slated for a 2020 release.