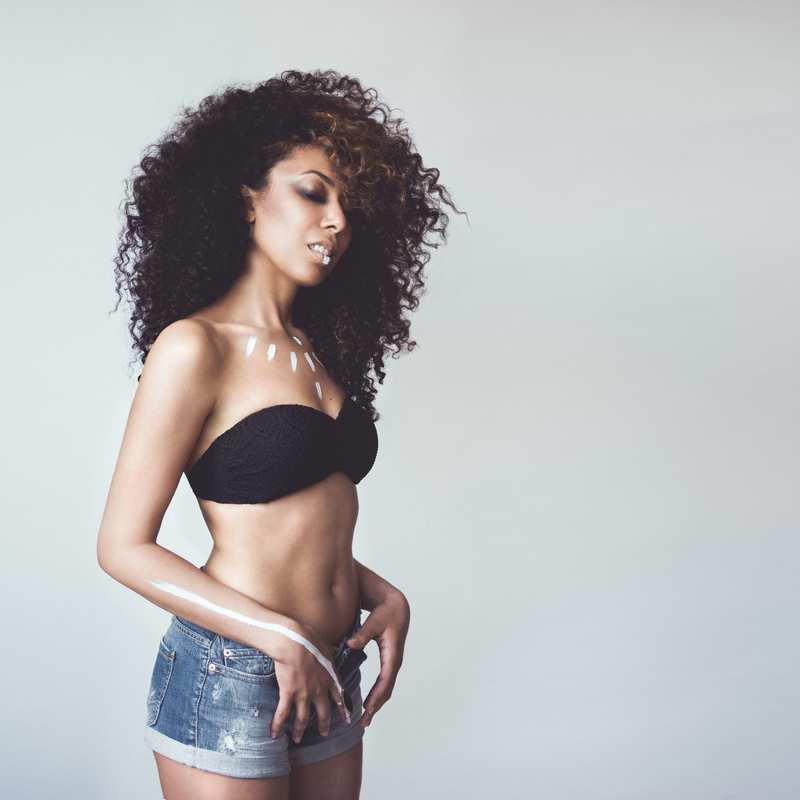 Pop
Born and raised in Montreal, French Canadian/Jamaican singer-songwriter, Odreii grew up in a very musical environment. With a father being the lead singer of a roots and reggae band, an aunt and uncle who played in a French Heavy metal band, and a mother who played the best of Stevie Wonder, Tracy Chapman, and Bob Marley day in day out throughout her childhood, Odreii got all the inspiration she needed to create her own world.

Odreii grew up speaking French, English and Spanish, but quickly developed a passion for learning languages like Russian, Chinese, Italian and German. In 2015 she won 5th place at the Eason Live singing contest for singing in Chinese (Mandarin), a song from one of China’s greatest artist Eason Chan.

While living in the UK with her father, Odreii taught herself to play guitar so she could perform her original compositions in pubs around London. The first song she recorded was “Keep Smiling”, which yielded her a music scholarship at Tech Music School (BIMM) in 2011 after winning 1st Place at the prestigious The Stage UK vocal competition. In 2013, she won 1st Place at the AppleBeam songwriting competition and received a nomination for Best UKSC Pop Written Song with “Wondering”.

In 2014, Odreii won 1st Place at the EDA UK songwriting competition and, the following year, wrote “Tell Me You Love Me” under Elle Ray, which was played on 95.7 Hits FM, appeared on Victoria Secret’s Spotify playlist, and the music video played on MTV.

In 2016, while working on new music, Odreii supported Naadei around Canada as a backup vocalist and guitarist. Some of those performances included Osheaga Presents, MURAL Festival, House of Paint festival in Ottawa, and Festival des Mongolfieres, where they both opened for Wyclef Jean.

In 2017, her acoustic song “Always Been You” received a nomination for New PLAY VRAK Discovery and was aired live on national television channel TVA during a MATV series. The saga continued in 2018, where she performed at SXSW with Naadei. She released her first acoustic single entitled Gold for Water alongside an upbeat version of the song produced by the Montreal production duo Neowide.

In 2019, Odreii signed with MBMC, a production and management company. They got Odreii a grant to produce and promote her first EP, which was distributed in May 2019 by Higher Reign Music Group/Sony Music Canada. The single ”Runs In Mi Blood” has been playing on radio in Toronto and in Montreal, including DBS radio station The Beat 92.5, where the single has been in the top 20 Canada since its release, currently at #8. Odreii performed all summer all around the city of Montreal, including headlining a show in Toronto and performing a latin festival in Ottawa.