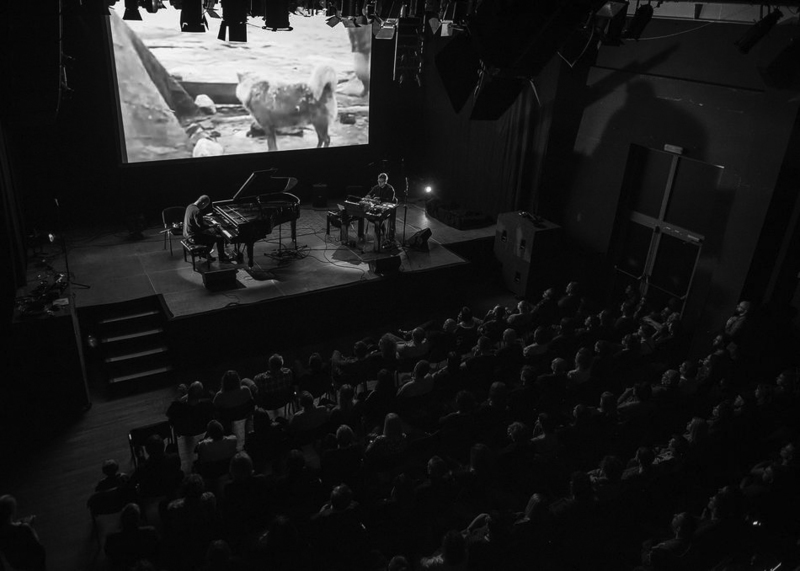 Modern classical / Avangarde
Avant / classical from Poland. Following a stunning Boiler Room performance, Nanook of the North released their debut album via Denovali – home of Thomas Köner and Ensemble Economique. Many important media considered the album one of the best Polish LPs in 2018 and recevied very good feedback both in Polish (Gazeta Wyborcza) and international (MOJO, The Wire or Drowned in Sound) titles.

Upon being invited by the Sopot Film Festival next to their hometown of Gdansk to perform an improvised score to a film screening, the duo chose Robert J. Flaherty’s classic 1922 silent movie of the same name – ‘Nanook of the North’. Keen to maintain and nurture the initial ambient essence of the film, the duo travelled to Iceland where they recorded the album in Ólafur Arnalds’ studio in Reykjavík and later mixed it in Greenland.

Despite the icy expansive isolation captured from the movie, the album is also transferrable in scenario and evocation, equally omitting the dangerous allure of dystopian cityscapes, or even the 80s sci-fi horror menace of Maurice Jarre, Howare Shore and Jay Chattaway.

‘Nanook of the North’ runs the gamut of images, scenarios and atmosphere akin to scenes in a film. Opening with a window into the unknown, the mood carries from the darkly foreboding, ‘Siulleq’ into the dank, dread-filled kosmische of ‘Tulleq’ over the slow nocturnal drive through a techno metropolis of ‘Afternat’ to the gargantuan foreboding awe of ‘Qulingat’, which seems to suggest the story is far from over.

Stefan Wesolowski is a violinist and composer best known for work with Jacaszek, his score to the BAFTA-nominated, Oscar-shortlisted Marlon Brando docu-film ‘Listen To Me Marlon’ and for his rapturous, critically acclaimed album ‘Rite of the End’. Signed to Mute Song publishing.
Piotr Kalinski – is one of the Polish underground’s most vital figures. Renowned for for his analogue-focused sounds, this experimenter/explorer has been on a decade long excursion through vast and heterogeneous modern electronic realms.

Nanook of the North played at many concert halls and major alternative / jazz festivals in Poland, Germany, Austria, Greenland and United States.

Nanook of the North was included in NPR | All Songs Considered’s “Wow” moments from SXSW Music Festival 2019 in Austin, Texas:
“I saw something today, or tonight, that I can’t believe I had an opportunity to see. I saw Nanook of the North […]. The fact that I had an opportunity to see these guys perform this music… it’s just such a treat.”
– Bob Boilen, NPR / Tiny Desk Concert