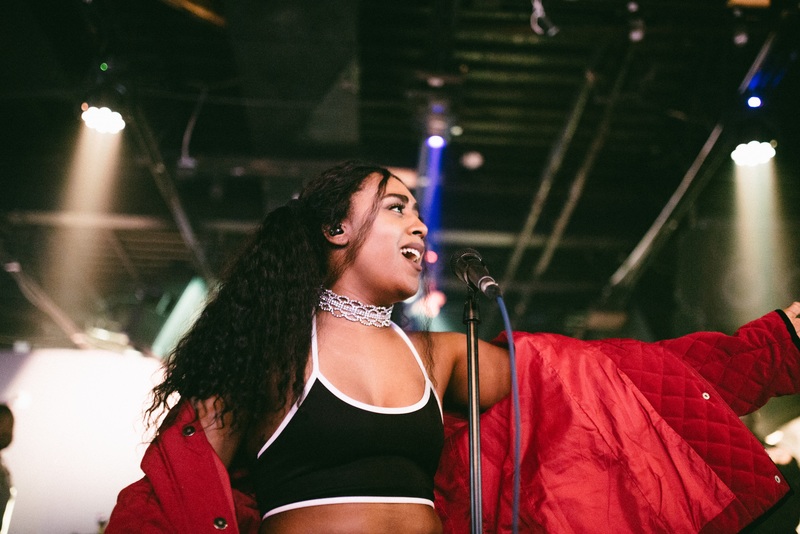 Urban Pop
The French Canadian has been actively writing songs since the age of seventeen. Prior to that, she dreamt of becoming a professional dancer. Growing up, she was always intrigued by the music world, but was way too shy to try it. At an early age, she was already writing songs, creating music videos and performing in front of her family and friends alongside her older sister. At the age of sixteen, she decided to get her feet wet and perform a song at a school showcase. Thanks to her supportive friends and great feedback, she started to take music more seriously. Mélissa released her first EP: The Things I Should’ve Said To You in 2018 and shot her first music video for her single Admit It. Slowly but surely, she started building her team and finding her sound. She started performing more often and grew her audience. She also released three additional singles, two of which ended up on huge Spotify curated playlists (New Music Friday, New Music Canada, Just Vibing, amongst others). The Berklee College of Music graduate has big dreams. Walking alongside honorary doctorates and creative geniuses Missy Elliot and Justin Timberlake was very inspiring to her. She wants to change the way we experience music and live shows. Mélissa is aware that in this day and age, the amount of music that is being released is endless. The shelf space is now infinite, which makes it harder to find good and interesting music, even with the help of curated playlists. As a millennial, she is conscious of the importance of captivating the audience right away because of their short attention span. Her ultimate goal is to bring back excitement in the music industry. She wants to share the feeling she had when new music videos came out on MTV back in the days or when she saw Gaga’s Poker Face/Paparazzi at the VMAs in 2009 or Beyoncé’s 2016 VMA performance. Mélissa Vales’ objective is to create a new musical and live experience by using modern technology and awakening all five senses.
Youtube
Apple Music
Soundcloud
Spotify
Twitter
Instagram
Facebook
Website