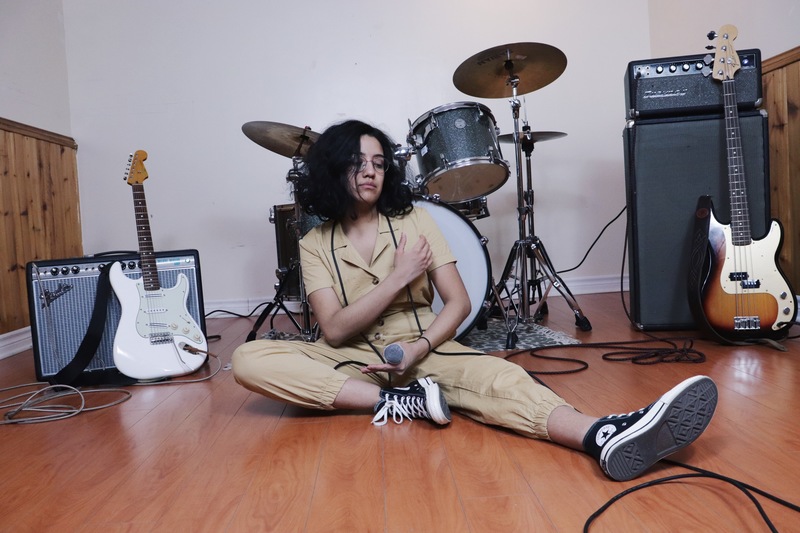 Alternative Rock
Under the name of an Alt Rock recording project, Leena is a multi-instrumentalist that writes, records, performs and has very recently produce her music in her bedroom studio. New in the songwriting game, she has explored in between the genres of classic/punk rock and blues to folk and jazz.

Her debut EP reflects on not only bridging in between those genres but also her skill in production and playing all of the instruments in her songs. Over the past year, she has solidified her sound and has gone back to what got her to pick up the guitar in the first place; being a one-woman rock band.

Raised in the suburbs of Brampton, Ontario Leena grew up in a family with barely to no musical background but somehow sparked an interest at age 15 when a toy keyboard was left discarded by her younger sibling. Over time, Leena began learning songs by ear and self-taught herself other instruments such as the drums, guitar, and bass by commuting every day after school to the local music store to practice until closing time due to the fact that her family couldn’t afford music lessons much less the instruments themselves. Nine years later, she has molded and shaped her skills as being a well-versed multi-instrumentalist excelling in the genres of Jazz, R&B, Blues and classic rock. A graduate from the Independent Music Production program at Seneca College, she’s continuing to develop her new skills as being the producer and sole songwriter of her music. After her debut, she plans on performing live more frequently and to make a name of herself in the Toronto music scene. Also alongside her other band project called the Common Chase; a four-piece band where she plays mostly the bass and background vocals.