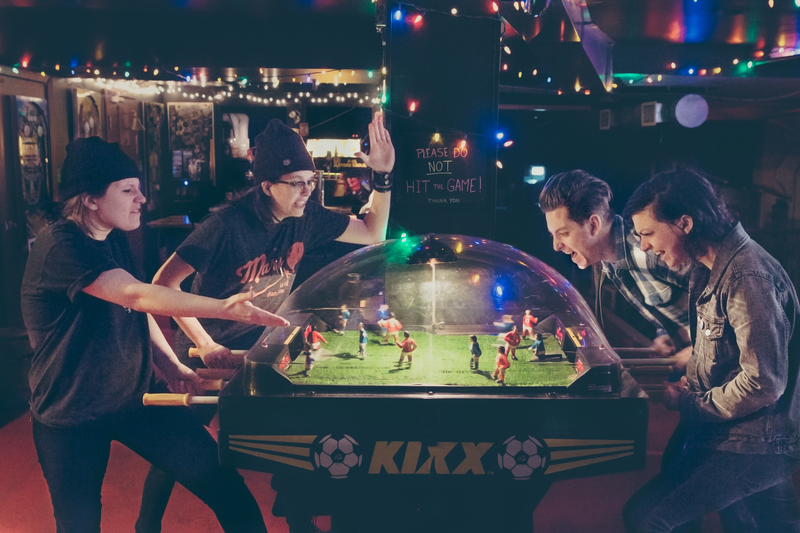 Punk Rock
Like A Motorcycle is a melee attack with a soundtrack. They deliver poignant ear-worms for their fellow disenfranchised rejects; working minimum wage jobs while dodging five-figure debt. With their frighteningly explosive performances, LAM are re-igniting the flame in the cynic hearts of seasoned punks, indoctrinating the teenage oddball children of frightened suburbanites, and inviting a morbid curiosity from everyone in between who have never themselves dwelled in the grimy recesses of society… but would totally go to the after party.

With a view to kicking the hell out of any audience in their path, punk rockers Like A Motorcycle have been cultivating a sound and reputation that has commanded attention from audiences and industry alike on stages across North America and Europe – in support of their ECMA and MNS award-winning debut LP “High Hopes”.

Their second album, Dead Broke, delivers on that reputation with a hard hitting musicality that cannot be denied. �Produced by Howard Redekopp (Tegan & Sara, Mother Mother), it is an intense collection of songs that �is guaranteed to catapult the band into the thick of the �international punk rock scene.

LAM has played as direct support for such acts as Against Me!, Propagandhi, METZ, Headstones, The Vibrators, Japandroids, The Pack A.D. and Danko Jones, to name a few.